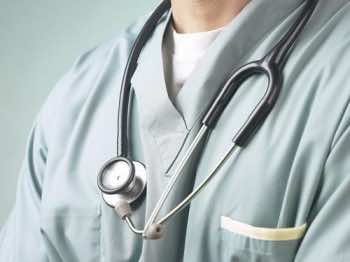 Health care in Morocco is expanding rapidly at both ends of the socioeconomic spectrum, thanks in part to the rollout of a new government scheme to extend free coverage to low-income citizens, along with an increase in private investment in elective care facilities to attract medical tourists, Global Arab Network reports according to OBG.

Moroccan per capita health spending has been rising significantly in recent years, growing from $99 in 2004 to $156 in 2009, according to World Bank data. As a percentage of GDP, spending on health rose from 5.2% to 5.5% over the same period. Private expenditure on health, which stands at around 4% of GDP, currently accounts for the bulk of this, with public spending accounting for just 34% of total health outlay.

However, public expenditure seems set to increase significantly in both proportional and absolute terms, given plans to roll out the Medical Assistance Scheme for the Economically Deprived (Régime d’Assistance Médicale des Economiquement Démunis, RAMED) across the country in December. A pilot version of the scheme was launched in 2008 in the central region of Tadla-Azilal and benefitted 40,000, with widespread acceptance among all health professionals. Under RAMED, 8.5m Moroccans living below the poverty line, or just under 30% of the population, will benefit from partial or total exemption from the costs of treatment at public hospitals.

In mid-August Prime Minister Abbas El Fassi presided over the creation of three technical committees that will prepare the ground for RAMED’s national roll-out. In the build-up to its expansion, the Ministry of Health has been ramping up its pharmaceuticals procurement budget, which increased from Dh50m (€4.3m) in 2008 to Dh1.4bn (€121m) in 2010.

As state-provided health care provision for low-income Moroccans expands, at the other end of the market the country is starting to emerge as an important health tourism destination for European patients. While many other countries, including nearby Tunisia, now offer low-cost quality health care, Morocco boasts several key advantages over its competitors.

These include its proximity to Western Europe, along with the prevalence of French. The fact that the country boasts an extensive tourism infrastructure is also a key factor in its attractiveness, as is the climate, which is a significant draw for those wishing to combine minor procedures with holiday-style recuperation.

Given that European state-backed health insurance schemes will generally not cover the costs of treatment abroad, the main growth segments are procedures such as cosmetic and laser eye surgery and dental implants that are deemed non-essential and would therefore not be reimbursed to a significant degree anyway. Cosmetic surgery in Morocco, for example, can cost between 30% and 50% less than in Europe.

The country hosts around 80 specialists in the field and 10 specialised clinics. Around 15% of the approximately 14,500 instances of cosmetic surgery that take place annually in Morocco involve foreign patients. Women account for around 75% of foreign patients, with liposuction and breast enhancements reported to be the most frequently performed operations.

The dental tourism segment is also fast emerging and is attracting older patients from Francophone European countries such as France, Belgium and Switzerland, in particular, as well as Moroccan immigrants living in Europe. Dental implants, for example, are approximately 50% cheaper in Morocco than in Western Europe.

As it expands, the health tourism segment is attracting foreign investment, as demonstrated by Portuguese group Malo Clinic’s plans to open a Dh280m (€24.1m) clinic and surgery by the end of the year in Dar Bouazza, 20 km south of Casablanca, in cooperation with local dental surgeon Saad Zemmouri. The facility, which will employ 40 specialists and will include a five-star hotel and a health spa, is principally targeting older and retired Europeans. It will specialise in areas such as laser eye, dental and plastic surgery. (OBG)