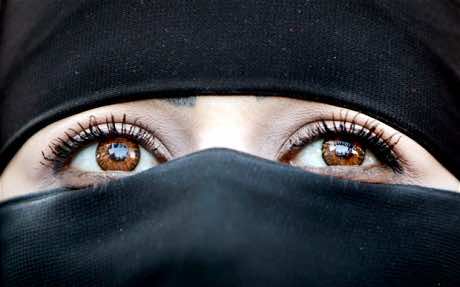 Following popular calls by Greet Wilder and the Dutch National Party, the Netherlands yesterday proposed legislation to ban the burka in Holland. The country will also take a harder line against immigration.

The Dutch government was the latest European country to propose legislation yesterday to implement a burka ban. The move by the Netherlands follows bans introduced this year in France and Belgium, and draft legislation waiting to be approved by the Italian parliament. The ban will apply to Muslim face veils, burkas and niqabs.

The ban will not be imposed on those in transit through the country within international Dutch airports or inside religious buildings. However, if the law is flouted in public places a fine of 330 ?uros will be issued. The Dutch cabinet justified the proposed ban by saying the burka

“Does not fit into our open society and women must participate fully,”the Telegraph reports.

On Islam quotes the government statement: “The government believes the wearing of clothing that completely or almost entirely covers the face is fundamentally at odds with public life, where people are recognized by their faces.” The statement goes on to read “Face-covering clothing prevents this and goes against the principles of equality between men and women, especially women.”

Ironically though only a very small proportion of women in the Netherlands cover their face, the legislation has been called for since 2005 by Geert Wilder of the Dutch Freedom Party (PVV) who sees the move as a successful start to “Roll back the process of Isalmization of the Netherlands.”

The ban was a condition of his parties support for government. Wilder promotes a policy of strict legislation against further Muslim immigration. Dutch Prime Minister Mark Rutte also announced yesterday a tougher policy on immigrants and asylum seekers, which will require them to show they have not been in receipt of benefit payments within the last three years. There are also proposals to deport immigrants convicted of crimes that warrant a sentence of 12 years.

According to On Islam there are approximately one million Muslim immigrants residing in Denmark, primarily from Turkey and Morocco. Of those only around 150 women wear Islamic dress.