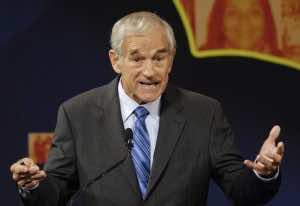 Some of us were brought into political adulthood reading Walt Kelly’s masterful creation, Pogo, the lovable character living in the Okefenokee Swamp of Georgia. From dialogue used in that comic strip, many were the quotes that attained temporary or even permanent fame, but one topped them all: “We have met the enemy and he is us.”  And Kelly’s reference point was not only the environment but his belief that we are… all of us, responsible for our myriad pollution: public, private and political.

A quote that couldn’t be more apropos to our times, and our resistance to accept that one fact which is just as important today as it was in a cartoon a half century ago. That resistance was experienced last Tuesday, September 13, during a quasi-debate among Republican contenders for the party’s nomination to the presidential elections next year. Among the eight candidates on stage was (R) Rep. Ron Paul, a long time legislator and the baton carrier for the Libertarian wing of the Republican Party.  Ron Paul is definitely not a politician in contention to represent his party given his criticism of the existing bipartisan foreign policy and his anti-war stance. And he knows it!

In answering one of the questions, and given an opportunity to expound on his criticism of US foreign policy which makes America the policeman of the world – according to him, the congressman brought to light in a very articulate and unemotional manner the reasons why the people in the Middle East are so upset with us; to many in the audience, giving in to the rationale used by Osama Bin Laden in creating al Qaeda. How would Americans feel, he gave as an example, if they were under occupation by China and hundreds of thousands of Americans had died in the process – referring to the hundreds of thousands of Iraqis who died as a consequence of the US invasion.

Booing from the audience didn’t allow the congressman to finish his sentences.  Ron Paul, who is a physician by training, was being honest and stating his convictions. And more than moralizing, his argument was one of true fiscal conservatism, giving an account of the waste in wars and the military, including the example of building an American embassy in Iraq at a cost of one billion dollars, a cost greater than that of the entire Vatican, he claimed – one assumes he meant just the buildings without any works of art or manuscripts. The congressman made a point of differentiating between budgeting for defense and budgeting for the military; the military being the [imperial] forces scattered in 900 bases throughout the world.

It was the first time that I had experienced seeing an American politician of that stature, Republican or Democrat, venture into that never-never land of criticism of the land of exceptionalism. It just isn’t done! Of course, Ron Paul’s was rebuked by his fellow aspirants to the presidency, the hatchet given to an ultra-right dunce (Santorum) who brought in America’s always virtuous behavior dealing with the [infidel] world.

Ron Paul’s statements of wisdom, particularly since coming from the Right, well the Fiscal Right, was certainly worth the price of the time investment I made; and it made up, as far as I am concerned, for the corrosive situation of CNN joining the Tea Party to conduct the event.  Politics, the media, wealth and power… they are all enmeshed in this nation that we proclaim to be free and democratic.

Two weeks before, the results of a “comprehensive” poll by the Pew Research Center had made some analysts conclude that few Muslims feel US alienation. Actually, the resulting figures can be interpreted quite differently and in the opposite direction, almost half experiencing some form of harassment in the past year or being singled out for government surveillance.

It was not a pretty picture, and it may actually be worse if the survey was not conducted under the proper statistical and operations research disciplines. [Comprehensive in that the survey had 1,033 respondents, the highest number in a Pew survey on that subject – although we are not told how the sampling was made… whether from the random Muslim population across the US, or if there was sampling concentration in ethnic-ghetto communities, biasing the results.]

To add more fuel to the fire, Danger Room [www.wired.com] just published FBI training material which teaches agents that mainstream Muslims, not just extremists, are violent and radical… and that America and Islam are necessarily in conflict.

Just as Pogo determined that we are our own enemy, we could also see ourselves as being our own terrorists. That is, if we dare look in the mirror. The Tea Party audience on September 13 was not quite ready to do just that.