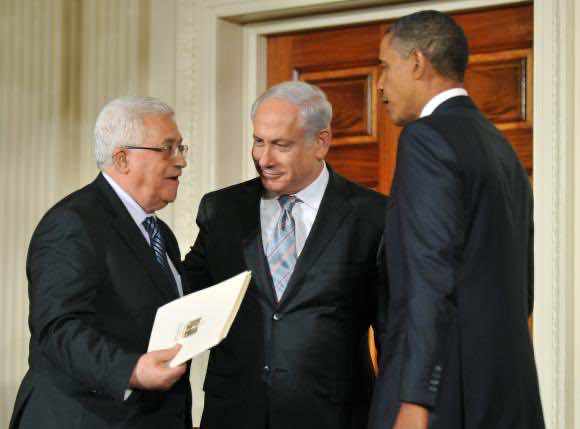 It took mass demonstrations followed by the takeover of their embassy in Egypt last week for some in Israel to wake up to the fact that the Palestinian issue remains a flash point for Arab public opinion. The U.S. Congress and policy makers in Washington, on the other hand, appear to remain oblivious to this rather obvious reality.

Reflecting this “new” awareness in Israel, an article in the Washington Post (“Israel faces a new consideration: The Egyptian public”), discusses the debate these developments have provoked within Israel. The article cites comments by Elie Podeh, described as “an expert on Egypt and its relations with Israel” at Hebrew University, calling for a “substantive peace initiative” to resolve the conflict with the Palestinians. Podeh is further quoted saying, “if we want to somehow soften the criticism in the Arab World, and specifically in Egypt, we should adopt a different policy. Sometimes we don’t understand the depth of their commitment to the Palestinian issue”.

The importance of Palestine to Arabs is not exactly news. Our public opinion polls across the Middle East have consistently demonstrated the central role this issue plays in shaping the Arab world view. And it has long been known (though not always acted upon) by U.S. policy makers. It was, for example, acknowledged twenty years ago by then Secretary of State James Baker when he challenged a Congressional committee to understand the important role played by the Palestinian issue for Arabs.

Then, shortly after the end of the first Gulf War, General Norman Schwarzkopf again reminded Americans of this fact when he noted that “the most important factor to stability and peace in the Middle East is the resolution of the Palestinian question… this is the major impediment to peace”.

And more recently, General David Petraeus caused some discomfort in Congress when he further developed Schwarzkopf’s views, observing that the Israeli-Palestinian “conflict foments anti-American sentiment, due to a perception of U.S. favoritism for Israel. Arab anger over the Palestinian question limits the strength and depth of U.S. partnerships with governments and peoples… and weakens the legitimacy of moderate regimes in the Arab world. Meanwhile, al Qaeda and other militant groups exploit that anger to mobilize support.”

So the importance of Palestine is known. But what is shocking is the degree to which politics in Washington still fails to fully grasp and/or act on this point. For decades, the Congress and successive administrations have behaved as if they could pursue a blindly one-sided pro-Israel policy and still successfully win support in the Arab World, ignoring the region’s strong sensitivity to the Palestine issue. To some degree, they got away with it. Arab public opinion became embittered, turning against the U.S. over our ignoring Palestinian rights. But the fall out was contained, for a time, by “moderate” Arab leaders, who, as General Petraeus noted, “lost legitimacy” in the process.

In the midst of the dramatic upheavals that are rocking the Arab World, however, all bets are off. Now Arab public opinion matters to their leaders, and it should matter to us, as well. President Obama recognized this new reality, when in his remarks to AIPAC last May he cautioned that “a new generation of Arabs is reshaping the region. A just and lasting peace can no longer be forged with one or two Arab leaders. Going forward, millions of Arab citizens have to see that peace is possible for that peace to be sustained.”

With this as a backdrop, I worry that both Congress and the administration are on a dangerous collision course with Arab public opinion.

This week, the Palestinians will bring their just demand for recognition to the United Nations for a vote. The Obama administration has not only gone on record saying that they will veto a resolution in the Security Council and vote “no” in the General Assembly. They have also expended vast amounts of political capital pressing the Palestinians and Arab states not to introduce the measure and urging the Europeans to join us in opposing the effort.

For their part, Congress has made it clear that should the Palestinians go forward with their plans, U.S. assistance to the Palestinian Authority should be terminated. Not satisfied with passing resolutions to this effect, one-fifth of the Congress traveled to Israel and the Occupied Palestinian land to personally deliver this threat to the P.A. And last week Congressional leadership sent a letter to E.U. allies urging them to vote against the Palestinian resolution.

All of this points to a looming and most unnecessary disaster. With our most recent polling across the Arab World showing U.S. standing at an all-time low, we can ill afford to be so deliberately and aggressively flaunting Arab sensibilities, especially when we know better. Trying to pull Israel’s “chestnuts out of the fire” is one thing; getting our fingers burned in the process, is something else. The stakes are too high for such self-inflicted wounds.

Those wise to Washington’s ways will feign impotence, claiming that domestic politics (meaning Congress’ fear of AIPAC’s revenge), will inhibit the administration from acting differently in order to protect our interests. They will point to the brazenness of Netanyahu’s display of dominance over Congress and the White House last May, and ask “what else can the administration do?”
For starts, we could begin by recognizing that not only do the U.S. and Israel face domestic political pressures, Arabs do, too. After two decades of failed negotiations, during which time settlements in the West Bank doubled, Palestinians need a moral boost. And after decades of anger at the failure of the U.S. to take seriously Arab concerns with Palestine, our actions are being closely scrutinized across the region.

With that in mind, even at this late date, the administration could make a sharp strategic pivot from opposition to constructive engagement with the Palestinians to help craft a resolution that would give them what they need while laying out the parameters for meaningful negotiations to occur. At the same time, instead of fueling their angst, we could help talk the Israelis and their supporters down from their panic, making it clear that the recognition of the Palestinian right to a state in no way preempts the need to negotiate the implementation of that right.

There are no guarantees this will work, but such an approach would enhance our standing, strengthen our diplomacy, and give us a much needed boost instead of a humiliating loss we can ill afford.

Alas, this change in direction is not likely to occur. And so, in all probability later this month, the U.S. will vote “no” on a resolution to recognize a Palestinian state; Israel will seek retribution against the “uppity” Palestinians by adding new settlements and placing new pressures on the occupied lands; Congress will then call for a suspension of aid; and the Arab World will be enraged.

There will be consequences, because Palestine matters and Arab opinions matter. And in the context of the Arab Spring, they matter more than ever.

Dr. James J. Zogby is the author of Arab Voices: What They Are Saying to Us, and Why it Matters (Palgrave Macmillan, October 2010) and the founder and president of the Arab American Institute (AAI), a Washington, D.C.-based organization which serves as the political and policy research arm of the Arab American-community.