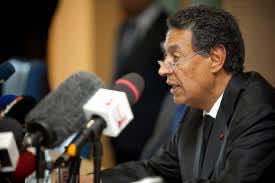 Two Moroccan parties have decided to boycott the upcoming Nov. 25 parliamentary elections, citing the lack of legal and political guarantees the vote will be fair, transparent and democratic.

The national congress of the Unified Socialist Party on Saturday voted 55 -12 in favor of boycotting the first legislative elections under a new constitution that was passed in a national referendum on July 1. A second party, the Democratic Socialist Vanguard Party, had voted earlier also to boycott the elections.

Both parties had joined forces with the pro-democracy February 20 movement to boycott the July 1 constitutional referendum and their decisions to boycott the upcoming vote were seen to be in line with their previous political positions.

The constitution was passed by a landslide 98 percent “yes” majority. The opposition parties slammed the results as rigged, but the government dismissed those claim as false.

Abdellah el-Harif, secretary general of the Democratic Socialist Vanguard Party told Al Arabiya that his party’s decision was due to “the continuation of the same old practices of corruption and repression.”

“Throughout the past 40 years, the objective behind constitutional amendments was to consolidate the regime’s tyranny,” Hari said.

The Islamist-rooted Justice and Development Party, the largest opposition party in the parliament, came under attack by the interior ministry last month for having expressed doubts that the upcoming elections will be fair and transparent.

In a speech last month King Mohammed VI had called on political parties not to cast doubts on the upcoming elections, because this would benefit “enemies of democracy,” in reference to dissident parities, including the February 20 movement.

“In fact, all political actors ought to commit to a clear vision in order to enhance the credibility of elections and avoid issuing preconceived judgments on results even before elections are held, and casting doubt on the integrity of elections for narrow political considerations, which only serve the enemies of democracy and the proponents of skepticism and nihilism.” He said.