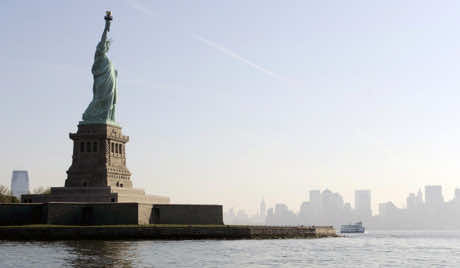 The Voice of Russia

On Saturday, hundreds of protesters tried to occupy parts of Wall Street in order to express their anger at the existing fiscal system which favors the rich at the expense of ordinary citizens. The idea was to camp out for weeks or even months to replicate the kind of protests that erupted earlier this year in the Middle East.

The action was called by its organizers “The United States Day of Rage” which bears references to protest actions against the war in Vietnam dating back to 1969, and also to the “Day of Rage” in Saudi Arabia in March this year.

Similar actions, although lesser in scale, were organized in a number of other American cities.

The New York police met the protesters ahead of the game. By the time the protesters approached Wall Street, they found the area shut off, with metal barricades manned by police officers blocking the way.

In fact, this particular action apparently did not inflict much harm on the U.S. establishment. But the discourse surrounding it makes it possible to suggest that it may have long-lasting consequences.

In fact, despite the fact that the action was relatively small in scale, there are too many similarities with the events in the Middle East that have been labeled “the Arab spring”.

First, the organizers did not conceal that they are taking inspiration from what happened in Tunisia, Egypt and elsewhere across the Middle East. As one of the activist group wrote on Twitter, “Americans, it is now our time. The Tunisians did it, then the Egyptians. It is OUR time. It is OUR America.” Another group asked: “Is America ripe for a Tahrir moment?”

Second, the methods used by the organizers are copying the methods used in Egypt and Tunisia where the revolutions against the oppressive regimes were called “Twitter revolutions”. The use of social networks like Twitter and Facebook has become a tool that no law enforcement agency or special service can effectively confront.

Third, like in the Arab countries, the participants did not belong to any particular social or political group. There were scores of different organizations participating in it – from the left to anarchist to right-wingers. What united them was the common protest against corporate America that has usurped and corrupted the electoral process.

Now, some analysts ask, why hasn’t this kind of action taken place long ago, while the rest of the world is protesting against similar phenomena? One of the answers may be that until now, the protest movement in the U.S. has been channeled into in a more or less established movement, the Tea Party, which still hopes to alter the existing system through electoral process.

But presently more and more Americans express doubt that the election process is as free as the establishment claims. The organizers of “The Day of Rage” wrote, “Unfortunately, free and fair elections are a thing of the past in America. Because of recent Supreme Court decisions, money is flowing freely and unaccountably into the American electoral process. Elections will be swayed by interests opposed to those of the United States. Corporations, even those owned by foreign shareholders, will and do use money to act as the voices of millions, while individual citizens, the legitimate voters, are silenced and demoralized by the farce of American Democracy.”

And if the Tea Party fails to prevail through the legitimate electoral process in 2012, won’t it give a new impetus for the “American Tahrir Square”? And won’t it, then, mean that the “Arab spring” was just a beginning of an “American fall”?

Indeed, people living in glass houses should not throw stones. This is probably something the U.S. administration did not take into account while wholeheartedly supporting all kinds of “democratic revolutions” in the Middle East.