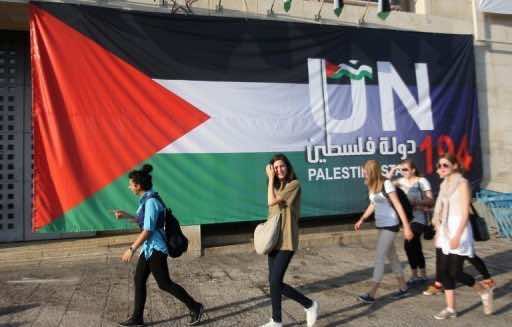 UNITED NATIONS-Palestinian leader Mahmud Abbas Monday warned of “very difficult” times after Palestinians seek UN membership this week, as France’s foreign minister feared an “explosion of violence” if no progress is made in the peace process.

Abbas arrived early Monday to join about 130 heads of state and government gathering ahead of the UN General Assembly in New York which is set to be overshadowed by his move for full UN recognition of a Palestinian state.

Israel strongly opposes the move and the United States has threatened to veto any approach by the Palestinians to the UN Security Council seeking backing for state recognition.

Abbas admitted he has been under international pressure over the Palestinian bid, which he intends to submit to UN chief Ban Ki-moon on Friday after addressing the General Assembly.

“The Palestinian people and their leadership will pass through very difficult times after the Palestinian approach to the United Nations through the Security Council to seek full membership for the Palestinian state on the 1967 borders with east Jerusalem as its capital,” he told reporters.

French Foreign Minister Alain Juppe warned of the risk of an “explosion of violence” in the Middle East if the Palestinian conflict is not resolved, saying the Palestinians status quo was “neither acceptable nor tenable.”

“The relaunch of the peace process is needed,” Juppe told the Council on Foreign Relations think-tank in New York.

He said he planned to meet with Abbas later Monday. “I will ask him what is his strategy? Going to the Council of Security and what after that?

“We have to avoid such a confrontation. We have to find a balanced solution,” Juppe told the Council on Foreign Relations, adding that he thought the international community had “three or four days” to find such a solution.

There are multiple diplomatic efforts to try to reach a deal between the Palestinians, Israelis and Americans that would avoid a UN confrontation.

Palestinian prime minister Salam Fayyad and Israel’s Defense Minister Ehud Barak held an unannounced meeting Sunday in a last-ditch bid to reach agreement on new talks, diplomats said, while adding that no breakthrough was made.

Abbas was to meet Ban and Russian Foreign Minister Sergei Lavrov on Monday. US Secretary of State Hillary Clinton was also to hold talks with Lavrov, following up on her meeting with European Union foreign affairs representative Catherine Ashton on Sunday.

The United States, Russia, the European Union and the United Nations make up the diplomatic Quartet on the Middle East, whose envoy Tony Blair is seeking to mediate an accord.

Blair is seeking a statement that would advance recognition of a Palestinian state while drawing the Palestinians back into direct talks, which could placate the United States.

“I think there is a way of avoiding a confrontation,” the former British prime minister said Sunday.

Israel says the UN bid is a Palestinian attempt to circumvent direct negotiations, which ground to a halt in September 2010 after Israel ended a moratorium on settlement construction in the occupied territories.

The Palestinians say the UN move does not exclude new talks and will bolster their ability to negotiate as an equal partner.

Abbas said he would not be deterred from going to the Security Council and blamed Israel for the peace talks deadlock.

“We decided to go to the UN because all the negotiations, direct and indirect, failed because of Israel’s stubbornness,” he said.

He urged “the Israeli people to recognize the state of Palestine, proving that there can be a two-state solution, and not lose an opportunity for peace.

“We say to the Israeli people, we want peace, you want peace, we have lost enough time and now we want to move things forward,” he told reporters.

“Our bid is not a leap into the abyss, we want our independence. We face a divided world to ask them for consideration of the Palestinian cause — when will we have a right to a state?” Abbas said.

The United States is trying to convince Security Council members to oppose or abstain in any resolution.

If it does not secure nine votes from the 15 members, any resolution would fail and the US veto would not be necessary, reducing any embarrassment 12 months after President Barack Obama said he wanted to see a Palestinian state at the United Nations within a year.