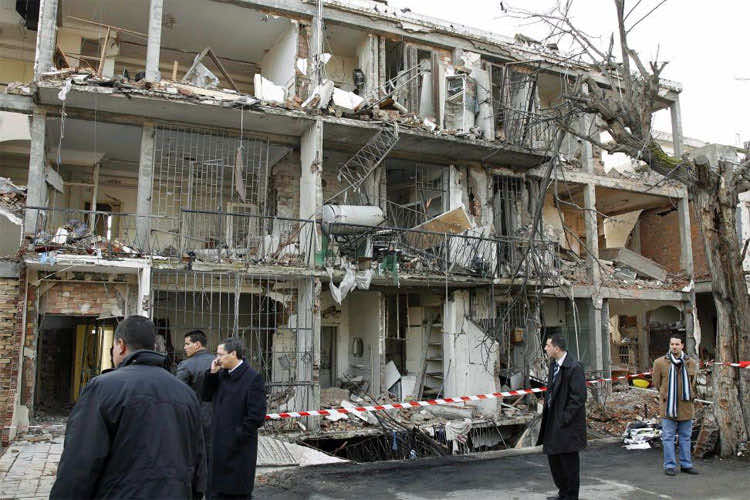 Secretary-General Ban Ki-moon today kicked off a counter-terrorism forum with a call for strengthening the collective resolve to defeat a menace that affects all nations and to build a safer world for all.“What I see here today is a recognition that we are all in this fight together,” Mr. Ban said at the start of the Symposium on International Counter-terrorism Cooperation, the first in a series of high-level events being convened this week on the margins of the 66th General Assembly.“What I see here today is the start of a new era in counter-terrorism cooperation. States recognize that they cannot go it alone,” he added. “Let us, together, explore how to deepen our engagement.“Let us chart a course that reflects our determination to defeat terrorism and build a safer, more just and peaceful world for all.”

Mr. Ban highlighted the resolve shown by countries five years ago in adopting the UN Global Counter-Terrorism Strategy, while also stressing the need to reinvigorate efforts to conclude the Comprehensive Convention against Terrorism.

The strategy, he noted, recognizes that terrorism cannot be combated only through security-related or law enforcement means. “Effective counter-terrorism requires a combination of social, educational, economic and political tools that target those factors that make the terrorist option appear attractive.

“The strategy also recognizes that human rights are an intrinsic part of the fight against terror, not an acceptable casualty of war,” he added.

The Secretary-General also announced that the world body has signed an agreement with Saudi Arabia on the creation of a UN Centre for Counter Terrorism (UNCCT).

Saudi Arabia will contribute $10 million over the next three years to set up the centre, which will be based in New York and support the implementation of the strategy, as well as foster international cooperation, strengthen individual countries’ capacity-building efforts and build up a database of best practices to counter terrorism.

“The centre will go a long way in countering terrorism around the world,” said Mr. Ban at a signing ceremony this morning with Prince Saud Al-Faisal Al Saud, Saudi Arabia’s Foreign Minister.

General Assembly President Nassir Abdulaziz Al-Nasser told the forum that today’s event comes at an opportune time, serving as a reminder that terrorism can only be defeated when nations work together and act on the collective commitment to implement the Global Strategy.

“We must take joint initiatives, share information, participate in collective threat assessments and provide much-needed assistance wherever required, to enable our nations to stand strong and united,” he said.

Mr. Al-Nasser added that, as the global legitimate decision-making body, the Assembly is well positioned to take action on this issue.

“The General Assembly is also a very important venue for helping to establish partnerships between relevant stakeholders, share knowledge and of course develop international norms on counter-terrorism,” he added.