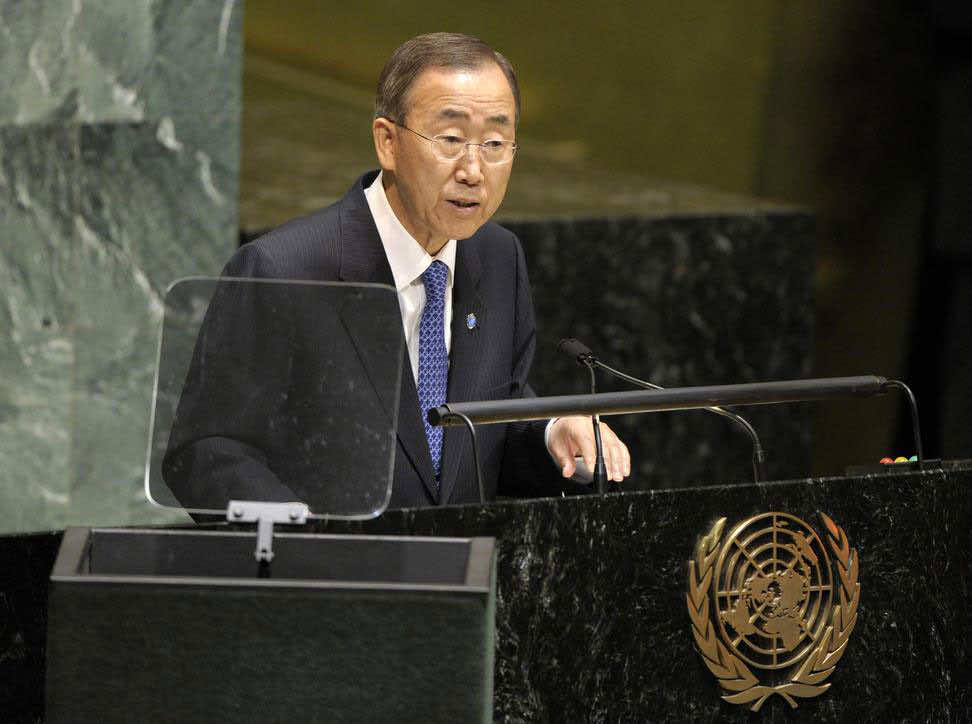 The United Nations heard calls today for an all-out attack on non-communicable diseases (NCDs) such as cancer and diabetes with a summit meeting devoted to curbing the factors, like tobacco and alcohol use, behind the often preventable scourge that causes 63 per cent of all deaths.The two-day high-level General Assembly meeting, attended by more than 30 heads of State and Government and at least 100 other senior ministers and experts, is discussing a draft declaration calling for a multi-pronged campaign by governments, industry and civil society to set up by 2013 the plans needed to curb the risk factors behind the four groups of NCDs – cardiovascular diseases, cancers, chronic respiratory diseases and diabetes.

Steps proposed range from price and tax measures to reduce tobacco consumption to curbing the extensive marketing to children, particularly on television, of foods and beverages that are high in saturated fats, trans-fatty acids, sugars, or salt. Other measures would cut the harmful consumption of alcohol, promote overall healthy diets and increase physical activity. The overall toll of NCDs is estimated at 36 million out of a total of 57 million annually.

“This will be a massive effort, but I am convinced we can succeed,” Secretary-General Ban Ki-moon told the opening session of the landmark summit, only the second ever to deal with health (the first was HIV/AIDS), noting that over a quarter of all people who die from NCDs succumb in the prime of their lives, the vast majority of them in developing countries.

“Our collaboration is more than a public health necessity. Non-communicable diseases are a threat to development. NCDs hit the poor and vulnerable particularly hard, and drive them deeper into poverty,” he said, with millions of families pushed into poverty each year when a member becomes too weak to work or when the costs of medicines and treatments overwhelm the family budget.

“The prognosis is grim. According to the World Health Organization (WHO), deaths from NCDs will increase by 17 per cent in the next decade. In Africa, that number will jump by 24 per cent.”

He called on governments, individuals, civic groups and businesses to all play their part. “There is a well-documented and shameful history of certain players in industry who ignored the science, sometimes even their own research, and put public health at risk to protect their own profits,” he said.

“There are many, many more industry giants which acted responsibly. That is all the more reason we must hold everyone accountable, so that the disgraceful actions of a few do not sully the reputation of the many which are doing such important work to foster our progress,” he added, calling on corporations that profit from selling processed foods to children, including manufacturers, media, marketing and advertising companies, to act with the utmost integrity.

General Assembly President Nassir Abdulaziz Al-Nasser stressed the need for international cooperation to tackle the problem. “The global community must work together to monitor, reduce exposure to risks, and strengthen health care for people with non-communicable diseases,” he said.

“The impact of this loss, this tragedy, goes beyond individuals, beyond families. NCDs are altering demographics. They are stunting development. And they are impacting economic growth.”

The draft summit declaration calls for greater measures at global, regional and national levels to prevent and control NCDs, stresses that about 9 million of the deaths occur before the age of 60, with nearly 80 per cent of those in developing countries, and cites “the vicious cycle whereby non-communicable diseases and their risk factors worsen poverty, while poverty contributes to rising rates of non-communicable diseases.”

Noting that “the rising prevalence, morbidity and mortality” of NCDs can be largely prevented and controlled through collective and multisectoral action by all Member States and other relevant stakeholders, it highlights the need for universal national health coverage and strengthened international cooperation to provide technical assistance and capacity-building to developing countries.

It calls on WHO, as the lead UN specialized agency for health and the vanguard of the global effort, to set up a comprehensive global monitoring framework and prepare recommendations for voluntary global targets before the end of 2012.