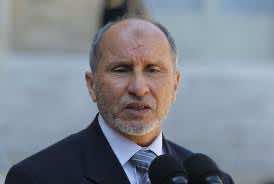 The birth of a new government in Libya, due on Sunday, was put off indefinitely amid disputes over portfolios and as Moamer Kadhafi diehards put up stiff resistance in their remaining strongholds.

National Transitional Council (NTC) number two Mahmud Jibril said last-minute haggling delayed the announcement of the new cabinet line-up before reluctantly announcing to the media that the unveiling would be postponed indefinitely.

Progress by NTC fighters hoping to crush the last pockets of resistance in Kadhafi bastions also appeared stalemated, as the fugitive’s loyalists in his hometown of Sirte and the oasis of Bani Walid refused to yield.

“The announcement of a new transitional government has been postponed indefinitely in order to finalise consultations,” Jibril told reporters in Benghazi.

But in an apparent effort to put on a brave face, Jibril said much has been achieved to mete out several portfolios, adding that he expected consultations on the rest to be “over quickly.”

“But I believe that an essential part of these consultations was completed today.”

The administration will also look into getting women and young people to play a major role in a new government as deputy ministers and directors general of ministries, he added.

Jibril, a former Kadhafi regime official, has stood accused by some colleagues of failing to consult enough with long-standing grass roots opposition groups such as the Muslim Brotherhood.

Jibril himself was expected to retain his post as interim premier, while Ali Tarhuni was touted to be named vice president in charge of economic affairs.

The defence portfolio was expected to go to Osama al-Juwili and oil to Abdel Rahman bin Yezza.

On the battle front, Kadhafi diehards in his hometown Sirte and in Bani Walid stood their ground as NTC combatants tried to break their morale by preparing for a new multi-pronged advance.

NTC military spokesman Ahmed Omar Bani said he expected Kadhafi forces in Sirte and Bani Walid to be defeated in a “matter of days,” and military commanders said they had gained some ground.

“We are now 38 kilometres (23.5 miles) from Sirte,” Mustafa bin Dardaf, a commander with the Zintan Brigade, told AFP on the eastern front.

“Since the morning we have taken 20-25 kilometres. Our fighters at this moment have entered the town of Sultana and are searching for Kadhafi forces.”

Earlier in the day, an AFP correspondent reported that new regime forces advancing from the east had come under steady rocket and machine-gun fire from Kadhafi loyalists.

He reported at least 12 tanks loaded with fighters massing east of Sirte, along with dozens of pick-ups filled with with anti-aircraft guns and hundreds of combatants.

On either side of the road to Sirte, crouching fighters advanced slowly through the desert scrub.

With doctors at a field hospital reporting at least 10 killed and 40 wounded in the fighting, front line fighters and commanders gave contrasting reports of progress in Sirte.

Men on the ground acknowledged tough opposition while those in charge downplayed the resistance.

“We don’t even have five percent of Sirte because we just go in and out,” said one fighter, Abdul Rauf al-Mansuri.

But Bani predicted that “in a few days the situation will completely change in Sirte and Bani Walid which will be under our control.”

Speaking at a news conference in Tripoli, Bani said the “geographical nature and the strong presence of snipers” in Bani Walid prevented a quick victory in the oasis, 180 kilometres (110 miles) southeast of Tripoli.

“We managed to enter the town on the north side that we control. We have advanced towards the centre but we were attacked by snipers and mercenaries who have launched rockets from the mountains,” he said.

The new leadership’s forces are trying to take new ground there, with some pushing further into the town as others gathered some six kilometres (3.7 miles) from its centre.

A commander of the NTC fighters told AFP the battle for Bani Walid resumed at midday after unrelenting clashes from midday on Saturday until early dawn.

Correspondents heard loud explosions and intermittent gunfire from inside the town, and rockets exploded near NTC positions on the outskirts.

“There is an unconfirmed number of wounded from today’s fighting,” Dr Mabruk Kornfan said.

Some fighters left the town with loyalist prisoners, as residents of Bani Walid fled.

“There is no electricity and no food in the town,” Mohammed al-Khazmi told AFP. “There are many rebels inside fighting forces loyal to Kadhafi, but they are meeting stiff resistance.”

At least seven NTC fighters have been reported killed over the past two days in Bani Walid.

NATO has kept pounding Kadhafi’s remaining armour, saying its warplanes hit 11 targets around Sirte on Saturday, 11 targets in Al-Jufra oasis and three in Sabha in the deep south.