Morocco World News
Home News Middle-East What Will Be the Effect of a UN Palestinian State Bid: Reasons... 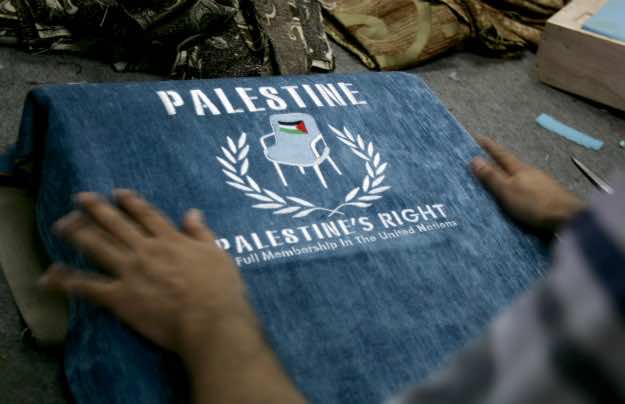 The accession of Palestine to the United Nations as either a full fledged member-state or non-member state observer won’t change the reality of the situation on the ground. Israel will still control East Jerusalem and the West Bank while maintaining its blockade of Gaza. It will continue to announce and construct new settlement expansions. There will be some forward progress for Palestinians by obtaining more modest steps like non-member state observer status, which, over time, should affect the discourse on the conflict.

One very likely consequence of the Palestinians’ now-declared intention to submit a letter Friday for full UN membership is the negative fallout that will be experienced by the United States. In particular, if the US follows through with vetoing the bid at the Security Council, America’s standing in the Arab world will decline further (a status President Obama had sought to change). Partially for this reason it has been very difficult to find among major media support of the US position and encouragement to use its veto.

In fact, many of the positions taken in the press have warned about the need to do otherwise. Writing in Israel’s Hareetz over the weekend, columnist Gideon Levy exclaimed that by casting its veto “the Arab Spring, that erupted to a certain extent in the wake of [Obama’s] promising Cairo speech, will now turn its anger and hatred toward America, once more toward America, simply because of its insistent opposition to Palestinian freedom.”

James Zogby, writing in the Huffington Post on Saturday, also explained the damage America is inflicting on its standing in the Arab world through its unflagging support to Israel. Zogby based his position on previous comments made by former high-level US officials as well as opinion polls conducted recently by Zogby International, to show that Palestine is central to Arab concerns. He quoted General David Petraeus, the former head of US operations in Iraq and Afghanistan, who stated during a 2010 briefing to Congress that the Israeli-Palestinian “conflict foments Anti-American sentiment due to a perception of US favoritism for Israel. Arab anger over the Palestinian question limits the strength and depth of US partnerships with governments and peoples … and weakens the legitimacy of moderate regimes in the Arab world. Meanwhile, al Qaeda and other militant groups exploit that anger to mobilize support.”

The opinion polls cited by Zogby, which were conducted earlier this year, revealed the importance of Palestine to Arabs. These included findings that the number one issue Arabs considered as a threat to peace and stability in the Middle East was the unresolved Palestinian-Israeli conflict. The results also gave President Obama his lowest approval ratings for his handling of the situation.

Writing in the New York Times last week, Prince Turki Al-Faisal, Saudi Arabia’s former UN ambassador, warned in his Op Ed “Veto a State, Lose an Ally” that US opposition in the Security Council to the Palestinian bid would damage its relationship with his country, as well as its broader strategic and security interests in the region. He noted that “with most of the Arab world in upheaval, the ‘special relationship’ between Saudi Arabia and the United States would increasingly be seen as toxic by the vast majority of Arabs and Muslims, who demand justice for the Palestinian people.” For this reason, according to Al-Faisal, it would force the Saudi Kingdom to distance itself from the US and be more assertive and independent in its foreign policy.

Moreover, Al-Faisal wrote about the consequence of the US casting a veto that, “In addition to causing damage to American-Saudi relations and provoking uproar among Muslims worldwide, the United States would further undermine its relations with the Muslim world, empower Iran and threaten regional stability.”

As alluded to by Al-Faisal, the Arab Spring has changed the region, which includes weakening the status quo of Israeli occupation. A democratic Egypt will make more use of its capacity to pressure Israel. If Palestinians imitate Egyptians and Syrians and fully embrace non-violent resistance, it will make it much more difficult for Israeli leadership to find reasons to not negotiate and much less tenable for the United States to shield them from criticism. The wild card, unanticipated by most observers, was revealed over the last two weeks through Turkey’s rise and its more assertive policy towards Israel. Placed between these two emerging countries, the 85 million citizens of Egypt and 75 million citizens of Turkey, Israel’s hard-line position will be not sustainable in the years to come.

The United States and Israel are responding to Palestinian efforts much like Egypt’s Mubarak reacted to demonstrations in Cairo. They are trying to fend off or repress change, which eventually will prove useless, but at further great costs to their reputations and treasuries. A fair resolution to the conflict, which could be premised on the Arab League offer in 2002 and a Palestine state based on the pre-1967 borders, will alleviate much of the anti-Americanism that enables support for extremist groups. Results from the Zogby Poll, also, showed Arabs consider that the most important issue for the United States to address in order to improve ties with the Arab world is to resolve the Palestinian issue.

Interestingly, even the conservative Washington Times did not endorse the current US efforts at the UN, with its Editor-at-large, Arnaud de Borchgrave, writing Friday, “A simple solution for the Palestinian dilemma is for all nations – including the U.S. and Israel – to vote in favor of Palestine as a full-fledged member.” Meanwhile, Javier Solana, former head of the EU’s Common Foreign and Security Policy, and Martti Ahtisaari, former president of Finland, wrote a joint New York Times op-ed entitled “Ten Reasons for a European Yes.”

The United States Ambassador to the UN, Susan Rice, continuously explains that US opposition to the bid at the UN exists because it will not change the circumstances of the Israeli-Palestinian conflict on the ground. If it is the case that Palestinian membership to the UN is a ‘moot point,’ she and other US officials may want to take more heed of these analyses of the impact of their veto.