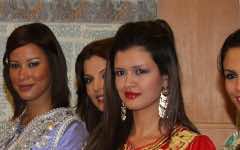 Columnists in Kingdom say Saudis must have self-confidence as they are world’s third-most beautiful women.

A prominent Saudi female newspaper columnist has slammed the Gulf kingdom’s women for objecting to plans to hire Moroccan housemaids, saying women from the North African Arab country are good and can be trusted.

Another well-known male writer welcomed the government plans to turn to Morocco to hire domestic workers after a dispute with the Philippines and Indonesia, saying Moroccan women are good cooks.

In a comment published in the Saudi Arabic language daily Al-Jazirah this week, Samar Al-Muqrin said women who are opposed to recruitment of Moroccan maids as published in some newspapers represent only a tiny minority of the female population in the world’s dominant oil power.

She said newspaper remarks by those unnamed women do not reflect the real nature of Saudi women, adding that such remarks were published in a “rude and insolent way that showed Saudi women care only for trivial things.”

Muqrin said Saudi women must not worry about plans to turn to Morocco on the grounds they are “documented as the third most beautiful women in the world.”

“Saudi women must have self confidence and at the same time trust Moroccan women…in my opinion, the whole issue is a matter of self-confidence and confidence in others…I myself have more than 20 years experience with Moroccan female workers, who I found to be very good, nice and committed…they care for the employing family, respect the house and do not try to stab wives in their back,” Muqrin said.

“I found that Moroccan maids expertly adapt themselves to the new environment and become part of the house as if it is theirs…they are faithful and fear God and above all, they care for the children and treat them like their own….I am convinced that Moroccan women can be trusted.”

Muqrin said Moroccan maids come mostly from what she described as good and pious families and that they have to take up such jobs because of poverty.

“For this reason, they are well mannered and do not accept any ethical offence…I think because they opt for honest work, they will never sell their honour or act against their family tradition and religion.”

Muqrin was reacting to recent news that the Shura, the country’s appointed parliament, has been flooded with requests by local women asking it to oppose plans to bring in Moroccan housemaids. Other women, quoted by local newspapers, said such a move could force them to give up their jobs and stay at home to ensure their husbands will not get close to the maid.

In comments early this month, a Saudi chamber official said Saudi Arabia, the largest Arab economy, could turn to Morocco and other countries to get its domestic workers following a rift with the Philippines and Indonesia, the largest suppliers of housemaids to the Gulf countries.

“We are considering turning to countries which allow their domestic workers to move to other countries without preconditions…these include Morocco, east Asia, and some south African countries,” said Saad Al Baddah, director of the labour recruitment committee at the Saudi Chambers Federation.

“For the time being, we face a problem regarding Moroccan domestic workers as there are no official recruitment centres…temporarily, Saudis can travel to Morocco and bring in housemaids directly.”

Riyadh’s plans to turn to new domestic labour sources followed the suspension of recruitment of housemaids from the Philippines and Indonesia in June over disputes on wages and other terms.

Officials said last month they could soon lift a ban on maids from the Philippine once a final deal is signed between the two countries.

Employment offices across Saudi Arabia said they were already negotiating with other countries to supply maids and offset a shortage resulting from the boycott of Philippine and Indonesian domestic workers.

“Mr Baddah is well know for his good efforts in stabilising the Saudi labour market and providing good alternatives….I think his most beautiful alternative is to allow the recruitment of Moroccan housemaids,” Saleh Al Shehi, a well known Saudi writer, said in an article in ‘Al Watan’ newspaper.

“I believe Moroccan maids are better than the others…they have a sweet tongue that gives you the sweetest words when you talk to them…they are first class housewives and among the best cooks in the world…we can not forget their delicious dishes that include Tajin, Koskosi in vegetable, Kaab Al Gazal and other delicacies……I wonder what is upsetting Saudi woman in the plans to recruit Moroccan housemaids with such ideal characteristics…”