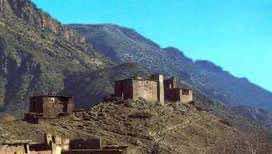 Morocco’s Eastern region received, on Monday in New York, an environmental award from the R20 Regions of Climate Action, a non-profit organization founded in 2011 by former California Governor Arnold Schwarzenegger and other global leaders in cooperation with the United Nations.

The Eastern region may stand as an example for other regions in the Kingdom and in the world, added Schwarzenegger.

The R20 is a coalition of partners led by regional governments that work to promote and implement projects that are designed to produce local economic and environmental benefits in the form of reduced energy consumption and greenhouse gas emissions; strong local economies; improved public health; and new green jobs.