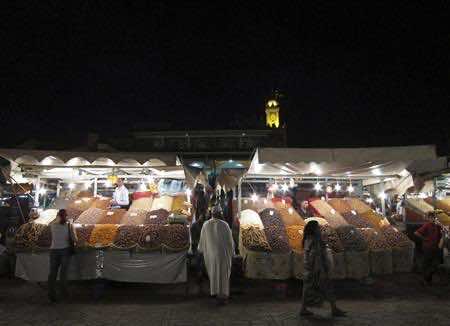 The bank holds on Tuesday its quarterly policy board meeting to decide whether to change its benchmark interest rate which has remained at 3.25 percent since March, 2009.

Food products account for about 40 percent of the consumer price index’ total weighting.

Education costs, weighing about a tenth of food items, rose 4.6 percent from August, 2010. Demand for private education is posting double-digit growth in Morocco due to a prevalent perception of inefficiency in public education.

HCP did not explain the rise in food and education costs.

Analysts point to combined effects of wage hikes the government agreed to in late-April, the arrival from abroad of close to 1.5 million Moroccan expatriates for the summer holiday and higher demand for food products during the Muslim fasting month of Ramadan, which coincided this year with August.

Wage hikes for public sector employees and an increase in the minimum wage for the private sector, involving a larger number of Moroccans, kicked in in July.

Anxious to avoid the kind of unrest seen in other parts of the Arab world and worried about increases in global commodity prices, Rabat has raised salaries and almost trebled funds for food and energy subsidies to 48 billion dirhams ($5.84 billion).

The wage hikes and the state’s push to keep prices unchanged through subsidies may have encouraged shopkeepers to raise prices ahead of the of Ramadan, analysts say.

On a monthly basis, consumer prices rose by 1.4 percent in August, the sharpest month to month increases in over a year.

Underlying inflation, a gauge used by Morocco’s central bank to set the benchmark interest rate that excludes state tariffs and volatile prices, stood at an annual 1.3 percent in August, unchanged from the three previous months.

The central bank, he noted, raised interest rates in 2007 and 2008 when inflation hit 4 percent.

“From a monetary perspective, the (benchmark interest) rate should remain unchanged: Loans and money supply growth rates have eased recently. Money supply is now growing at an annual 4 percent while we had a double-digit growth figure two years ago,” Mellouk said.