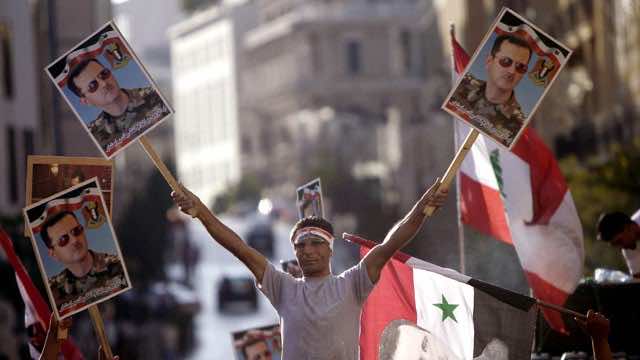 The first elections since the Arab Spring uprisings will be more about holding back change than expanding political freedoms: voting in three Gulf nations that poses no threat to old guard rulers or their efforts to unite against calls for fast-track reforms.

None of the planned elections this month will even slightly loosen the hold of rulers — the central aim of the street protests that have toppled leaders from Tunisia to Egypt and threaten to do the same in Syria and Yemen.

Yet each of the voting rounds — a stopgap parliamentary election in violence-battered Bahrain and tightly controlled balloting in Saudi Arabia and the United Arab Emirates — tells a different story about the upheavals and the chances for change among the region’s wealthiest and most entrenched royal houses and ruling families.

“Each one, in their own way, reflects the new environment that the entire region faces,” said Salman Shaikh, director of The Brookings Doha Center in Qatar.

All three elections are bit players in the wider drama across the region. But any movement toward the ballot box takes on greater significance with the election process still unclear in Egypt and Tunisia, and Libya’s new leaders locked in fights with the remnants of Moammar Gadhafi’s regime.

In Bahrain, the special parliamentary election Saturday has the most at stake: 18 seats abandoned in a mass protest resignation by lawmakers from the country’s Shiite majority, who accuse the ruling Sunni dynasty of systematic discrimination such as gerrymandering voting districts to dilute Shiite power and blocking promotions to key military or government posts.

A pro-government outcome is almost certain after boycott calls by Shiite political groups. The expected snub will likely tighten the grip of the kingdom’s Sunni rulers, who have so far managed to ride out the Arab Spring’s longest unrest with the help of allies.

Neighboring Saudi Arabia and other Gulf states have sent in an emergency military force to help safeguard Bahrain’s leaders. The West, too, has been careful not to jeopardize its strategic economic and military ties with Bahrain’s monarchy, which hosts the U.S. Navy’s 5th Fleet.

Riding out the tremors may come at a high price for Bahrain’s 200-year-old ruling dynasty. The vote, analysts say, may widen the divisions that have led to near daily clashes that show no signs of easing.

On Friday, Bahrain’s most senior Shiite cleric, Sheik Isa Qassim, accused authorities of treating protesters as “enemies of state.” Bahrain’s rulers have taken some steps at outreach, including U.S.-supported reconciliation talks in July, but they have failed to quell the opposition.

“With the deteriorating conditions in Bahrain, the election is likely to heighten tensions rather than reduce them,” said the Qatar-based analyst Shaikh.

Early Sunday, protesters spray-painted messages of rage on a campaign tent for a pro-government candidate. One read: “Down Hamad” — a reference to King Hamad bin Isa Al Khalifa.

In advance of the voting, riot police have erected a steel fence around a main square in the capital, Manama, that was once Bahrain’s version of Cairo’s Tahrir Square, where hundreds of thousands of Egyptian demonstrators successfully pressed President Hosni Mubarak into resignation in February.

Across a causeway linking it with the island of Bahrain, the deeply conservative monarchy in Saudi Arabia is making another passing nod at appeals for change. The planned Sept. 29 voting for municipal councils, however, will bring no cracks in the leadership’s absolute hold on power — or the Saudis’ self-appointed role as the heavyweight force trying to keep the Arab Spring from spreading too far.

A top Saudi goal is preserving the club of kings and sheiks in their Gulf backyard and farther afield in Morocco and Jordan, which have been asked to join the Gulf’s main political bloc.

The election comes after a nearly two-year delay that has angered rights activists. But even after the vote, the all-male councils — created in the country’s first election in 2005 — will still have little sway over political affairs.

Women, too, remain blocked from voting — which could bring backlash from women’s groups that have already staged public defiance of the kingdom’s ban on female driving.

Saudi authorities went relatively easy on the women who took to the roads and gained worldwide attention through social media. But security forces have delivered swift crackdowns on demonstrations, mostly by the country’s Shiite minority. At the same time, Saudi leaders have promised nearly $100 billion to boost services and jobs.

“Saudi rulers have adopted a policy of offering huge sums to try to buy off dissent, while their iron fist continues to lurk in the background,” said Ehsan Ahrari, a political analyst based in suburban Washington.

In the UAE, the ruling system has gone into overdrive to promote Saturday’s elections for a federal advisory council as a significant step in its “experiment” to expand the public role in policy making. The government-backed National newspaper in Abu Dhabi called it part of a democratic “learning curve.”

The 40-seat council — half elected and half appointed — still maintains almost no direct powers, and the UAE’s voters remain hand-picked by rulers according to tribal and regional ties.

Officials claim the council’s influence could grow in coming years, and the electoral pool has been expanded by nearly 20-fold from the 2006 elections to include more than 129,000 voters — which is still a fraction of the nearly 2 million native-born Emiratis.

Numbers, however, have worked in the UAE’s favor during the Arab Spring.

Locals are outnumbered about 5-to-1 by expatriate workers, ranging from Western executives to South Asian laborers. All have little stake in domestic politics. Emirati complaints about a lack of democracy are typically far outweighed by the generous state benefits, which include access to well-paying civil servant jobs and subsidized villas.

In tacit exchange, the state forbids even small displays of dissent.

Five activists, including a prominent blogger and an economics professor, were arrested in April and charged with anti-state crimes after signing an Internet petition calling for constitutional changes and a greater political voice. The case has brought complaints from international rights groups.

Abdulkhaleq Abdulla, a political affairs professor at Emirates University, said UAE rulers may be developing a better ear for the public murmurs.

The country is “in the mood for political reform, not an Egyptian-style revolution,” he said.

“The government is very clear that this election is part of training,” he said. “It’s for people to get used to voting, to get to know the election process and democracy.”