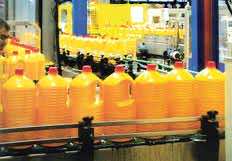 Morocco’s antitrust authority pledged total even-handedness in dealing with businesses owned by the monarchy, but exception may be made in sectors that help preserve social stability and firms that are leaders in other sectors, its head said in an interview.

The Council of Competitiveness, whose role is advisory, may have to wait until the second half of 2012 before its remit is changed to allow it to intervene in competition issues, Chairman Abdelali Benamour told Reuters on Friday.

Since its inception in 2001, the council has not been able to access government data to assess the scale of under-the-table deals involving licences and contracts handed to individuals or foreign firms without going through tenders.

Such licences have involved sand quarries, mining, fishing and public transport among other sectors, as well as contracts worth billions of dollars to supply state-run firms with machinery and equipment.

“We have been living in a market economy for so long but we didn’t digest what this actually means,” Benamour told Reuters. “We are not used to working transparently.”

Through the National Investment Company (SNI), the royal family is the biggest private stakeholder in the country’s economy.

SNI’s 2010 net consolidated profit accounted for about 27 percent of total net profit by firms listed on the Casablanca bourse.

There are no official figures on the size of the Moroccan royal family’s stake in SNI, but market sources put it at around 60 percent. SNI officials decline to comment on the matter.

SNI has come under greater public scrutiny amid protests inspired by revolts in neighbouring Tunisia and Egypt.

The protesters also want a separation between power and money, and lower wealth gaps in a country with high poverty and illiteracy rates, and an ingrained deference toward the king.

“(King Mohammed) told me that we will change the remit of the council and that it will be able to intervene to safeguard competitiveness,” Benamour said.

“Do you think that it is in the palace’s interest to own businesses that are not competitive? … All cases will be examined. As far as we are concerned there are no limits.”

SNI and its subsidiary ONA last year began a merger process and later delisted from the Casablanca bourse to pave the way for the transfer of ONA assets to SNI and the later sale of some of those assets.

“The palace (monarchy) has already started to change things,” said Benamour in reference to SNI’s partial withdrawal from some sectors.

“It is in the interest of major Moroccan businessmen to embrace competitiveness”.

Exceptions may however be made especially for socially-sensitive sectors, such agribusinesses whose products are subsidised by the state, or for small and medium firms and what Benamour called “national champions”.

“A firm that is a leader in its industry, spends money on research and development and pulls with that the rest of the economic fabric may be entitled to some degree of exception.

“It will however have to be limited in time, the scope or volume and we will have to be 100 percent sure of the benefits,” he said.

The Moroccan government has been looking more seriously in recent months at ideas to reform a subsidy system mostly for flour, sugar and energy products and whose cost has soared to nearly 6 percent of the country’s Gross Domestic Product (GDP) in 2011.

Benamour said the council will “express its views on the sugar industry” but he declined to elaborate.

The subsidies system and a tax amnesty on the agricultural sector should also be subject to a review by the council.

“The(subsidy) system creates a situation of undue rent … It represents an exception to the spirit of competitiveness … It benefits both the poor and the rich”.

“We are thinking of ways that will solve this issue,” said Benamour.

New laws to strengthen the council’s powers will need to go through parliament where many members hold licences, especially for sand quarries and transport, which were obtained under the discretion of government officials.

Benamour acknowledged the likelihood that the council’s new role would meet some resistance. “I’m optimistic but I’m also not fooling myself: There will be problems,” he said.