By Mustapha Ajbaili And Mousa Sharifi 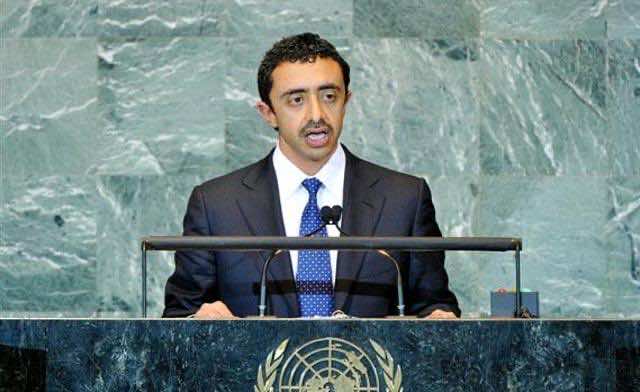 By Mustapha Ajbaili And Mousa Sharifi

Iran on Saturday dismissed renewed claims by the United Arab Emirates of three Islands controlled by the Islamic Republic in the Arabian Gulf, saying the islands “will remain [ours] forever,” according to a report by the Fars News Agency on Saturday.

The Committee on National Security and Foreign Policy of the Iranian Shura Council denounced “UAE claims” of sovereignty over the islands of Abu Musa, and the Greater and Lesser Tunbs.

“This is an issue that was dictated on [the foreign minister] by foreign powers who want the Middle East to always be mired in conflict and tension,” Jalali said.

In his address to the U.N. General Assembly last week, Sheikh Abdullah
said: “Since the illegitimate occupation of these islands in 1971, the UAE has adopted a flexible diplomatic approach to resolve this matter through peaceful means, through direct bilateral negotiations, or by referring the matter to the International Court of Justice.

“However, the UAE expresses its deep concern over not achieving any progress in direct, regional, and international contacts made with the Islamic Republic of Iran in relation to reaching a peaceful, just and permanent solution.”

Sheikh Abdullah urged Iran to enter into “serious and direct negotiations,” or refer the issue to the International Court of Justice. He said the Islands were “an integral part of the territorial sovereignty of the United Arab Emirates.”

Iran, under the rule of the Western-backed shah, gained control of the islands in 1971, as Britain granted independence to its Gulf protectorates and withdrew its forces.

The Islamic republic took possession of the Tunbs, while Abu Mousa – the only inhabited island – was placed under joint administration in a deal with Sharjah, now part of the UAE.

But the UAE says the Iranians have since taken control of all access to the strategic island and installed an airport and military base there.