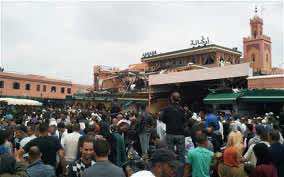 Morocco’s security forces have broken up a five-member terrorist cell that used to operate in the cities of Salé (near Rabat) and Casablanca, National Police Department said on Saturday in a statement.

The statement added that the dismantled cell includes a member linked to the former emir of al Qaeda network in northern Iraq.

They plotted attacks against western interests in the Kingdom as well as against foreign companies’ premises, tourist sites, prisons and foreign nationals and some figures, according to the statement.

To carry out their plans, the members of the cell contacted, via Internet, experts in explosives making, including the prime accused in the Argana attack in Marrakech last April, the police department said.

The statement said that investigations showed that the members of the cell were involved in credit card fraud and withdrawing money intended for terrorists based in Somalia.