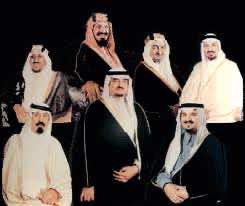 Although the right to vote in Saudi Arabia, which was recently granted to Saudi women, is a highly symbolic initiative since neither the councils nor the Choura Majlis (Consultative Council) have real powers, it nevertheless marked a shift in the internal politics of the country. According to well informed American sources, by this courageous decision, King Abdullah bin Abdulaziz has gone against the will of the majority of his half-brothers belonging to the Sudeiri clan and the Wahhabi clerics, the guardians of the religious orthodoxy. However, that the king decided to take this step, while there was little pressure compelling him to do so, means that he is thinking in the medium-term.

The Saudi monarch, now 88 years-old, knows that his succession will be very complicated. Abiding by complex family and tribal codes, the Saudi dynasty is now at a crossroads. As long as he is healthy and able to rule, King Abdelaziz would like to put in place a young prince as his successor. Yet the Sudeiri clan has been blocking this endeavor Eighty-three year-old Prince Sultan, 78 year-old Princne Nayef and 75 year-old Prince Salman, all in poor health, have lost much of their power in recent years.

Thus, King Abdullah has drastically reduced the destructive capacity of the Wahhabi religious militias and their Al-Moutawaa through recent reforms. In addition, he appointed reform-minded Prince Mishaal bin Abdulaziz to head the Committee of Allegiance, in charge of selecting a successor to Prince Nayef. Furthermore, Prince Naif, interior minister since 1975, no longer has the upper hand over intelligence services.

It is the youngest of the siblings, Prince Abdulaziz bin Moqrèn who, since 2005, has been at the helm of the intelligence services. This relatively young prince, at 66 years of age, was chosen by King Abdullah to be the future king. Moqrèn is much appreciated by the Saudi public and especially young people, because his name has never been mentioned in any case of corruption of morals. He is also well regarded by the Americans, with whom he worked efficiently without submitting them to the usual “blackmail”, says a U.S. diplomat in Doha.