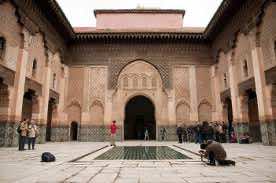 It has been a tough year for tourism in Morocco. The Arab Spring, the Marrakech bombing, the economic slowdown and the fact that Ramadan coincided with August all took a heavy toll on the sector, Tourism Minister Yasser Znagui said last week.

The sector growth dropped by 6% in the first half of the year compared with the same period last year. Znagui admitted that the growth was weak but added that it was higher than the global average of 4.5%.

Despite a downward trend, Morocco fared better this year than other North African countries. Tunisia witnessed a decrease in tourist arrivals by more than a third, and Egyptian tourism fell by 60%.

“Morocco is the only tourist destination in the region that came away with its head held high in 2011 despite a difficult situation marked in particular by the Arab revolutions,” the tourism minister said on September 21st at Top Resa, France’s biggest tourism fair.

Sociologist Amine Mrabti echoed the sentiment. The Arab world is perceived as a uniform whole by Westerners, he said, and events in one country affect the others on all levels.

Many industry insiders were disappointed with the figures. Ramadan, the beginning of the school year and regional turmoil have impacted tourism, said travel agent Mohamed Charrati.

“A lot of people opted to postpone their travels,” he said. “We’ve coped so far, but we fear the worst. Officials must come up with effective and fast solutions to support us and turn things around.”

Domestic tourism should be encouraged by means of attractive offers, said economist Moha Zaki, and Morocco’s strategy on advertising in foreign countries should be reconsidered.

The tourism ministry vowed to ramp up its advertising campaign. The focal point will be the country’s diversity, with various aspects to be promoted to potential visitors: the seaside, rural Morocco, ecotourism, mountains, the desert and so on. The campaign will target the traditional markets of Western Europe.