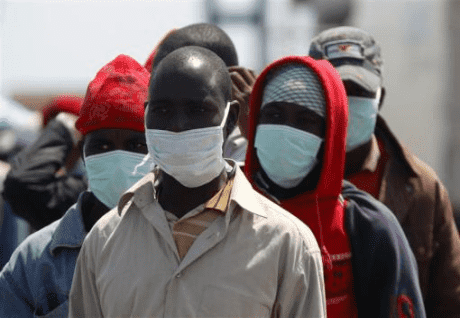 GENEVA  – More than 1,200 African migrants who have been stuck in the southern Libyan desert town of Sabha for weeks in dire conditions have been evacuated and are on their way to Chad, the International Organization for Migration (IOM) said on Monday.

The group, half of whom are Chadian, were among up to 3,000 migrants stranded in Sabha due to fighting, the agency said. Interim government forces overthrew forces loyal to deposed leader Muammar Gaddafi there nearly two weeks ago.

“A convoy of 15 trucks with 1,206 migrants left Sabha on Sunday for Gatroun and is now en route to Chad,” IOM spokeswoman Jemini Pandya told Reuters.

“This is the first really big group. We have negotiated safe passage for them,” she added.

Libyans ended Gaddafi’s 42-year rule in August when rebel fighters stormed the capital. Gaddafi and several of his sons are still at large and his supporters hold Sirte and the town of Bani Walid, south of Tripoli.

The sub-Saharan migrants, who feared being caught in the crossfire in Sabha, had also been victims of harassment and discrimination, sometimes accused of being foreign mercenaries backing loyalist forces, according to the Geneva-based agency.

Those evacuated include a large number from Nigeria, as well as migrants from nine other countries — Burkina Faso, Eritrea, Ethiopia, Gambia, Mali, Morocco, Senegal, Somalia and Sudan, she said. Women and children are among the group.

The migrants will be taken to Zouarke, along the Nigerian-Chadian border, a trip that will take a week before going to Faya-Largeau in Chad. It is not possible to go directly from Libya into Chad as the border area is heavily mined, the spokeswoman said.

Non-Chadian migrants will be brought to their home countries or their intended final destinations.

“They had been caught in the middle of this conflict for control of Sabha. The fighting had prevented us from getting supplies into our centre in the town and in getting the migrants out,” said IOM Chief of Mission in Chad, Qasim Sufi.

“The migrants are extremely relieved that they will now be able to get home and put this experience behind them,” he said.

At least several hundred more migrants still in Sabha are seeking evacuation, but hundreds of Somalis appear to be moving north on their own, possibly heading for Tunisia, Pandya said.

The operation is financed by the European Community’s Humanitarian Aid and Civil Protection Office (ECHO), as well as the U.S. and German governments, the IOM said.