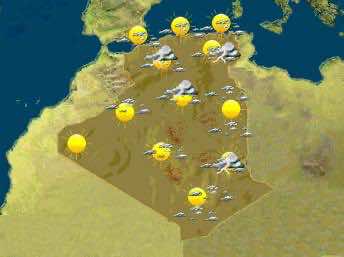 Storms have killed 10 people and left 150 families homeless in southern Algeria. Heavy rain has lashed the El Bayadh region since Friday, raising water levels by 13 metres in the middle of the desert.

Displaced families have been housed in old factory premises as the storms continue.

Five bridges have collapsed and there has been serious harm to drinking water, they add.

Almost 120 protection agents have been brought in from neighbouring regions to help.

After heavy rain Friday, the national meteorological office issued a warning for Sunday and Monday.