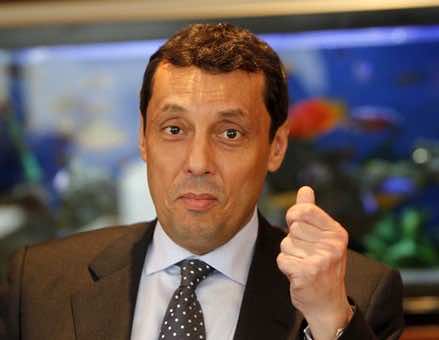 Jordanian group Hikma Pharmaceuticals took a further step to building up its presence in North Africa on Monday with a deal to buy 63.9 percent of Morocco’s Promopharm for $111.2 million.

The acquisitive multinational group said it would also launch a mandatory tender offer to buy out the rest of the company, which is Morocco’s ninth largest manufacturer of pharmaceuticals with a 3.5 percent market share.

Hikma’s Chief Executive Said Darwazah said he had wanted a presence in Morocco — the region’s fourth largest prescription drug market — for the last three years, and had worked on the deal for about 12 months.

“Promopharm has a very nice portfolio of 200 branded generic and in-licensed products,” he said in an interview on Monday.

“We have also identified about 20 Hikma products we plan to introduce to Morocco.”

The initial stake is being acquired from a consortium of shareholders, comprising existing management, institutions and related parties.

Hikma has been hit by political upheaval in the Middle East and North Africa this year, but the company said in August that key markets were recovering and it was continuing to scour the region for acquisitions.

Darwazah said Morocco was politically very stable, and the country could also be used as a platform to access markets in Western Africa.

Amman-based Hikma, which sells generic and branded drugs, generates around 60 percent of its sales from the Middle East and North Africa. It has built its position through a string of acquisitions of smaller players.

Darwazah said the deal would be funded by new debt facilities, which left the company with the capacity for further deals.

“We are actively looking in Sudan, Egypt and other countries,” he said. “It takes a long time to build bridges (…), we are still working on other acquisitions for 2012 and beyond.”

The latest deal will give it a local manufacturing presence in a pharmaceuticals market expected to grow by 9 percent a year between 2010 and 2014 and add more than $45 million in annual revenue.

It is expected to be earnings accretive in the first full year, Hikma said in a statement.

Hikma sells branded drugs across 17 markets in the Middle East and North Africa, led by Saudi Arabia and Algeria. It also sells generic drugs in the United States, where it completed the $112 million acquisition of Baxter’s injectables business in May.