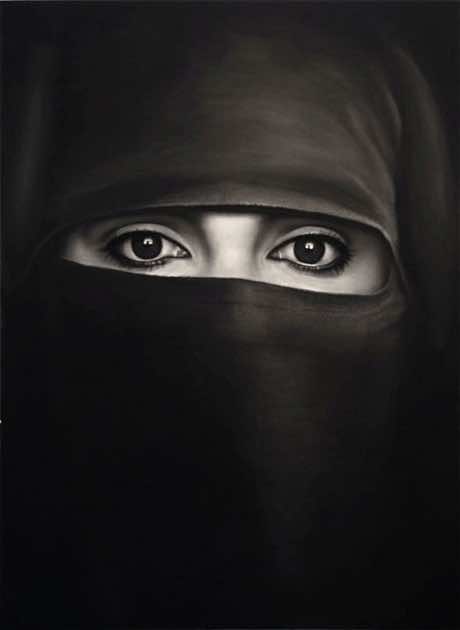 There were big names and bargains to be found at Morocco’s promising young art fair.

There was a key moment at the opening of the Marrakech Art Fair last Friday when Vanessa Devereux, Richard Branson’s sister and the founder of the Marrakech Biennale, embraced Hicham Daoudi, the energetic young brains behind the art fair, and spoke about how the two might help each other.

While the Biennale is not about selling art and the fair is, both seek to develop Marrakech as a cultural hotspot.

Devereux discovered and fell in love with Marrakech when her brother was making his round-the-world ballooning attempts. She bought and restored a tumbledown riyadh in the old Medina district that now doubles as a base and a hotel and, in 2005, concerned about the level of anti-Islamic feeling in the West, instigated an international arts festival in Marrakech which has now become a regular, biennial event attracting an array of celebrated artists, writers and film makers as participants.

The next Biennale, for which a number of site specific works have been commissioned to be set in the beautiful ruins of the 16th century el Badi Palace, will be in January 2012. And while the events of the Biennale have the support of the King and the local authorities, this does not come in the shape of cash sponsorship.

“There are a lot of wealthy people here,” says Devereux, “but the city has no money.” Which is where the likes of Daoudi come in.

Since abandoning a nascent career in agriculture, Daoudi has set about building an art empire in Morocco. In 2002 he launched an auction room in Casablanca, and in 2009, produced the first contemporary art magazine — Diptyk. Last year, in response to the growing global interest in contemporary art from North Africa and the Middle East, he arranged the first Marrakech Art Fair in conjunction with the French fair, Art Paris, in which 28 galleries, largely from France and North Africa, took part.

This year, Daoudi has gone it alone without Art Paris, and although the French connection is still there with a strong contingent of Parisian galleries, it is looking bigger — with 48 galleries — and much more international with galleries from Russia, Turkey, Italy and America. The quality, I would say, was mixed, but still a fertile hunting ground for collectors looking at emerging markets: though ‘looking’ may have been the operative word. While the venue was packed, sales were thin on the ground at the opening. Art that carried specific cultural or political allusions may have been either too subtle for the new collector, or too clichéd for the more knowing. Carpet art, traditional Persian carpets in which the artists had made symbolic or conceptual interventions, could be found with galleries from Moscow and Istanbul. Anti-war messages were in abundance whether written on walls, embroidered or sculpted in bronze.

Italian gallery, Continua, was one of the exceptions selling a trio of small iron sculptures by Antony Gormley for £30,000 each as well as a glass figure of a naked man by Cameroon artist, Pascale Tayou, priced at 3,500 Euros. This might have raised a few eyebrows in other Muslim countries, but in relatively liberal Morocco, it did not appear to be a problem. In any case, most artists had found a way round the censorship issue. A textile relief that read ‘Save Mohamed’ (18,000 Euros), was by an artist called Mohamed el Baz, so it could have been autobiographical, said his dealer from Casablanca. Photographing women in Saudi Arabia is still forbidden, but Saudi artist, Jowhara al Saud, has done so, printing from negatives in which facial details have been eliminated.

Cross currents and interchanges were all part of the framework. Photographs by Lalla Essaydi, who grew up in Morocco and lived in Saudi Arabia, were shown by a gallery from New York, where the artist had gone to produce her brand of feminist photography. Another American gallery, Metro Pictures, had an eight foot high picture of a woman wearing a burka by Robert Longo (pictured). So realistic it looked like a photograph, it was in fact an incredibly detailed drawing. Priced at $275,000, it was one of the more expensive items at the fair and had been reserved by a client.

That would be a big sale for this young fair where most galleries pitched their price levels much lower. “We were advised to,” said Moiz Zilberman, a gallerist from Istanbul. “And even we don’t sell anything, we’ll come back,” said Zilberman. “This is the only candidate for an important fair in North Africa, and it will succeed.” The same faith pervades conversations with Vanessa Devereux about the Biennale as it approaches its fourth edition. And should the fair and the Biennale work more closely together in the future, as is done in Istanbul, Marrakech would be the winner.