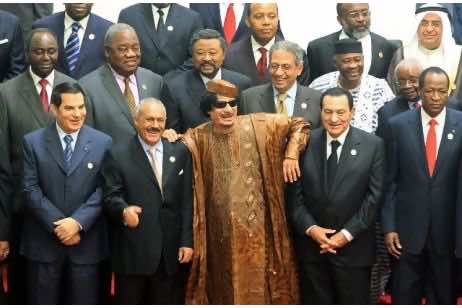 In Harare, information about the hospitalization of the octogenarian President Robert Mugabe in Singapore keeps everyone held in suspense. Zimbabwe has for more than one year been uncertain about the health of the old president, who is suffering from prostate cancer in advanced stage.

It should be noted that besides the rumors that agitate the humid nights in Harare, there is nothing to confirm or deny this information. The 13 million Zimbabweans are ignorant to almost all news about the illness of their chief. Moreover, they are not the only ones in such a situation.

Algerians do not know much either about the health of Abdelaziz Bouteflika. Accustomed from the early years of his presidency to a smart, alert and sharp head of state, they have had since November 2005 a pale shell of the one they elected.

Abdelaziz Bouteflika, whose public appearances have become less frequent, often appears tired, looks haggard and drags his feet. No official statement has been made to reassure the Algerians on the health of their president. It is only from time to time that they learn through the foreign press, as was the case last week, of the emergency hospitalization of the head of state.

For years, the health of the presidents of Egypt, Tunisia and Libya has been ripe for rumor. The former, which was said to suffer from pancreatic cancer, was hospitalized for over a month in Germany before returning to Cairo.

Egyptian citizens were not reassured while seeing their former head of State receive his counterparts in Sharm Sheikh and Alexandria. Even today, the Egyptian public finds it hard to have a clear idea about the health of their former president. Is Hosni Mubarak, who is now in jail, really sick?

As regards Ben Ali Zine El Abbidine, the picture is completely blurry. While foreign embassies, along with ministers of his government and the international press were convinced, as he himself was, that he was suffering from a serious cancer, the deposed president had to wait until his departure from power to discover that he is in good health. His illness was “imaginary”, fabricated by his wife Leila Trabelssi, who wanted to keep him under her clout.

The paradox is that Ben Ali lost his seat as president, but enjoys full health.

However, the country that remains a case in point in this regard is Saudi Arabia. The Wahhabi kingdom has been, for over three decades, ruled by aging and ill kings. As it was difficult to hide the truth at the sight of pale, and comatose kings and princes in wheelchairs, protocol of the Saudi royals found the trick: Laconic news wishing a speedy recovery to the “august ill” and congratulating the royals for having successfully undergone surgery.

Conversely, nothing is said about the nature of their diseases, nor the gravity. At least, until the release of news announcing the death and transmission of the crown.