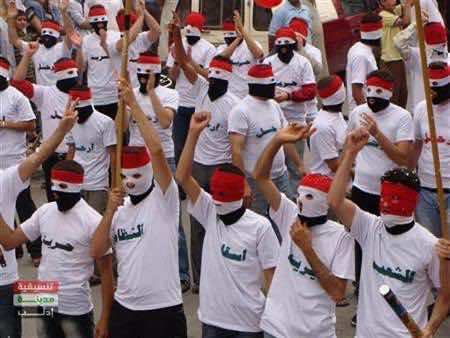 Amman-A Syrian colonel who has joined the revolt against President Bashar al-Assad took refuge in Turkey on Tuesday in a move that may ratchet up tensions between Damascus and Ankara.

Colonel Riad al-Asaad told Turkey’s state-run Anatolian news agency he had been the target of a Syrian military crackdown in the Rastan region near the city of Homs, but had escaped.

“We live in a safe place in Turkey,” he said, thanking the Turkish government for giving him refuge. Anatolian’s report was datelined Hatay in southern Turkey, where 7,000 Syrians have fled to escape Assad’s crackdown on protesters.

Turkish Prime Minister Tayyip Erdogan, who has predicted the Syrian people will “sooner or later” overthrow Assad, his former friend, said he would unveil plans for sanctions against Syria after he visits Syrian refugees in Hatay in the next few days.

Syrian opposition groups meeting in Istanbul on Sunday appealed for international action to stop what they called indiscriminate killings of civilians by the Syrian authorities, but rejected any Libya-style military intervention.

The United States said it was encouraged by the opposition’s statements supporting non-violence, and blamed the mounting death toll on the Syrian authorities.

Asaad is the most senior Syrian officer to defect to the opposition since the popular revolt erupted in March.

After months of peaceful protests, some army deserters and dissidents have taken up arms, prompting military operations against them, especially in areas bordering Turkey and Jordan.

“These are rugged or agricultural regions. The regime cannot control them unless it commits more troops, and then it risks more defections,” said one activist in the northwestern province of Idlib near Turkey.

The authorities have denied any army defections, saying its military operations were a response to appeals by residents.

“The real face of what is happening in Syria is that armed terrorist groups are continuing to kill and terrify citizens and kill army and police,” Information Minister Adnan Hammoud said.

Assad retains control of the military, whose mostly Sunni Muslim rank and file are commanded by officers of his minority Alawite sect that also dominates the security apparatus.

Syria has largely closed its doors to independent media, making it hard to verify events, but a trickle of desertions appears to have gathered pace in the last several weeks.

In Hirak, a town in the southern province of Deraa, residents heard several hours of gunfire from a nearby Fifth Brigade army garrison after at least two soldiers deserted.

Activists and human rights campaigners have reported growing number of summary executions of deserters and villagers who had sheltered them in Idlib in the past few weeks, with bodies turning up in woods tied up and shot in the head.

Fighting erupted in the rugged Jabal al-Zawiya region of Idlib on Tuesday during army raids on the towns of Sarjeh and Shinan, where deserters were reported to have taken refuge, activists said, adding that at least two villagers were killed.

Military operations have focused on the area around the central city of Homs, 150 km (94 miles) north of Damascus, after security forces said on Saturday they had regained control of the nearby town of Rastan, on the Damascus-Aleppo highway.

Amnesty International said Syrian diplomats abroad are mounting campaigns of harassment and threats against expatriate dissidents protesting outside their embassies.

It said embassy officials had filmed and threatened some protesters, and in some cases targeted their relatives in Syria for harassment, detention, torture and outright disappearance.