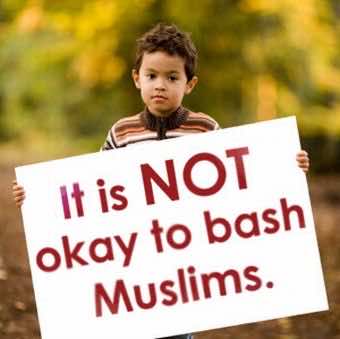 Gates of Vienna, the far right white supremacist blog which inspired Anders Breivik, incites for a Muslim Holocaust, calling on Israel to nuke her neighbors.

This is the same far right cesspool-of-bigotry website notorious for publishing Pedar Jensen who vented his Islamophobia for many years under the pen name of ‘Fjordman’ and who has now gone into hiding after being interviewed by Norwegian police over the Anders Breivik massacre. Gates of Vienna is run by a couple in the USA; one, Baron Bodissey, whose real name is ‘Ned May,’ and a woman who calls herself ‘Dymphna.’

“if violence does erupt in European countries between natives and Muslims, I consider it highly likely that people who had never done anything more violent than beat eggs will prove incapable of managing the psychological transition to controlled violence and start killing anything that looks remotely Muslim. Our unspoken conviction that we, in 21st-century Europe…”

On 20th September 2011, Dymphna posted a three part series by one, Zenster, cross-linked to his own website with polemics about terrorism and what Islam can expect as it’s ultimate fate. In Part 1, entitled  ‘When Will It End?’ the essay begins by setting the tone with:

A long rambling justification about the costs of terrorism, in an obvious attempt to find some sort of moral justification as to why there is no other way, ending with the ominous warning “The tipping point is approaching swiftly.”

Part two of the essay has the presumptuous title ‘Why it will End?’ and answers the question by stating “Islam has ‘unhappy ending’ written all over it,” before going on to elaborate with hyperbole and lies including one manufactured on Gates of Vienna by Fjordman:

“Throughout Europe, Muslims are disproportionately represented in rape, violent crime and imprisonment statistics. The expense of this criminality reaches into extra billions of Euros per year and does not cover property damage, victim rehabilitation and other ancillary expenses.”

“The reputation of Muslims as predatory criminals and intensely parasitic occupiers all combines into a damning indictment of Islam. Its presence on earth only promises increased conflict, more atrocities, new genocides and unwarranted diversions of wealth that could better serve far more deserving causes. Finally, Islam is assembling too many enemies too fast to where they cannot be expected to keep pursuing their own petty quarrels instead of addressing the overarching threat of jihad. The complete and total inability of Islam to coexist with any legitimate faith or other culture presages a day when its numerous victims will band together in pursuit of an ultimate victory.

That is why it will end.”

In the concluding Part three, ‘How it will End?’ Zenster sums it up briefly: ‘The Muslim holocaust.” He then continues exhibiting more megalomania and what clearly appears to be a projection of his own fantasies:

“Suffused with delusions of adequacy, Muslims think nothing of constantly antagonizing Western powers who long ago perfected industrialized warfare to an extent that Islam can only dream of, despite its supremacist fantasies.”

More ramblings, this time about Iran’s spiritual leaders, perhaps to justify his own dreams of nuclear warfare:

“Complicating all of this is how the concept of military deterrence is essentially nonfunctional as regards Islam. A culture that glorifies and worships death is more than difficult to deter. For every bit that the West shrinks from waging Total War, the necessity of posing an existential threat to Islam only increases. When it comes to the ineffectuality of deterrence, no better example exists than that of modern day Iran. The ramifications of Ahmadinejad’s tutelage under Ayatollah Ruhollah Khomeini pose some serious issues. Recall Khomeini’s words during his 1980 speech in Qom, the Shi’ite spiritual hub:

When Ahmadinejad threatens to “wipe Israel off the map” it is with the implicit knowledge that Iran, as a country, may perish as a result. In effect, he is turning his entire nation into a gigantic suicide bomber. Neither is this the end of it. Iran’s reckless pursuit of genocide against the Jews could precipitate the Muslim holocaust all by itself. “

This could explain why the far right white supremacists see Israel as an ally. They see Israel as doing their dirty work for them, and as if on cue Zenster trots out the Samson option:

“Little known to most people is Israel’s Samson Option. If true, the Jewish state has quietly informed its Arab neighbors that a single WMD strike against Israel will result in the entire MME (Muslim Middle East) being incinerated in nuclear plasma. Hundreds of fusion warheads along with newly acquired Dolphin class submarines and cruise missiles back this up.”

There is cold comfort in this for Israel but it also has quite worrisome implications for the West. At a recent pan-Arab conference Saudi Arabia’s king essentially told Ahmadinejad to ‘sit down and shut up’ with his genocidal ravings before the entire MME is annihilated. Should he take this admonishment to heart, then the question is beggared as to who else might be targeted for an Iranian nuclear strike.”

Contradictions galore! Elsewhere in this three-part essay the author talks of the plot to establish the world Caliphate, but here he says he is convinced it won’t come about. Freudian slip?:

‘Now, consider how America rolled up Iraq’s sidewalks in two weeks. This is the “reality gap” confronting Islam and its delusory vision of world domination. No such thing will ever happen.’

The essay is full of dire warnings, rants about liberals who are complicit in Islamising the planet, of the political establishment for being too weak, but more gravely, it even condemns the ‘counter jihad’ movement for being too soft.

When you hear of so called ‘counter jihadis’ accused of being ‘soft’ and the whole of western civilization embroiled in a plot whose aim it is to – err – destroy themselves, it is safe to assume you are reading from someone not quite right in the head, to put it politely. Someone who doesn’t deserve a second thought and should ordinarily be dismissed as a raving loon. Except that it was at this very website, where a writer with the same Islamophobic rhetoric inspired a loner to kill tens of children on a holiday island!