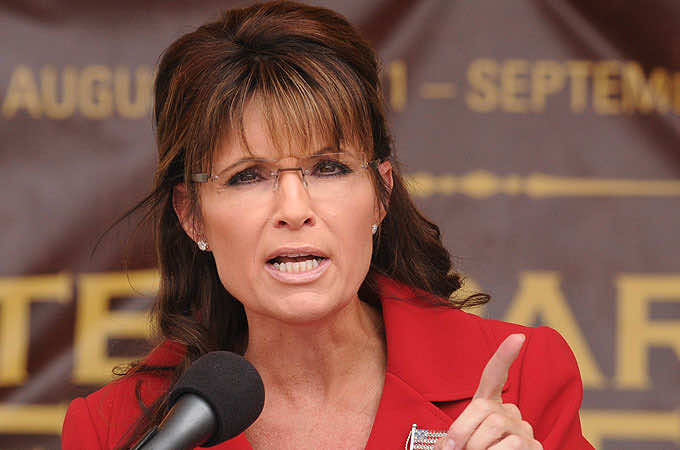 Announcement by conservative politician, who has been trailing behind other Republican contenders, ends months of doubt.

Sarah Palin, the former Alaska governor, has said that she will not seek the Republican presidential nomination in 2012, ending months of doubt and leaving the Republican field largely settled.

Palin had shown little sign of joining the race to challenge Democratic President Barack Obama but made it official in a letter on Wednesday to supporters and in an interview with conservative talk radio host Mark Levin.

“After much prayer and serious consideration, I have decided that I will not be seeking the 2012 GOP nomination for president of the United States,” she said in the letter.

Palin’s star had faded since her opening days as John McCain’s vice-presidential nominee in 2008 when she burst onto the scene as a relative unknown and quickly became a conservative star.

She has been polling far behind the main challengers for the Republican nomination, Mitt Romney, Rick Perry and Herman Cain, and most analysts had long since concluded that she was not going to run based on a series of equivocating statements.

The only woman in the 2012 race now is Minnesota Congresswoman Michele Bachmann, who is popular with the same social conservatives who find Palin an electrifying presence.

In a statement, Bachmann called Palin “an important voice in the conservative movement” with “a lifetime of opportunities ahead of her.”

“I respect her decision and know she will continue to be a strong voice for conservative values and needed change in Washington,” he said.

McCain, whose staff often clashed with Palin, said he was confident “she’ll continue to play an important role in our party and for our nation.”

In her letter, Palin said “my family comes first” and that her decision was based on what she was able to accomplish in congressional elections last year when her support for several Tea Party conservative candidates helped propel them to victory.

“I believe that at this time I can be more effective in a decisive role to help elect other true public servants to office – from the nation’s governors to congressional seats and the presidency,” she said.

There seemed to be no temptation by Palin to run for president as a third-party candidate.

“I would assume that a third party would just guarantee Obama’s re-election and that’s the last thing our republic can afford. So the consideration is not there for a third party, no,” she told Levin.