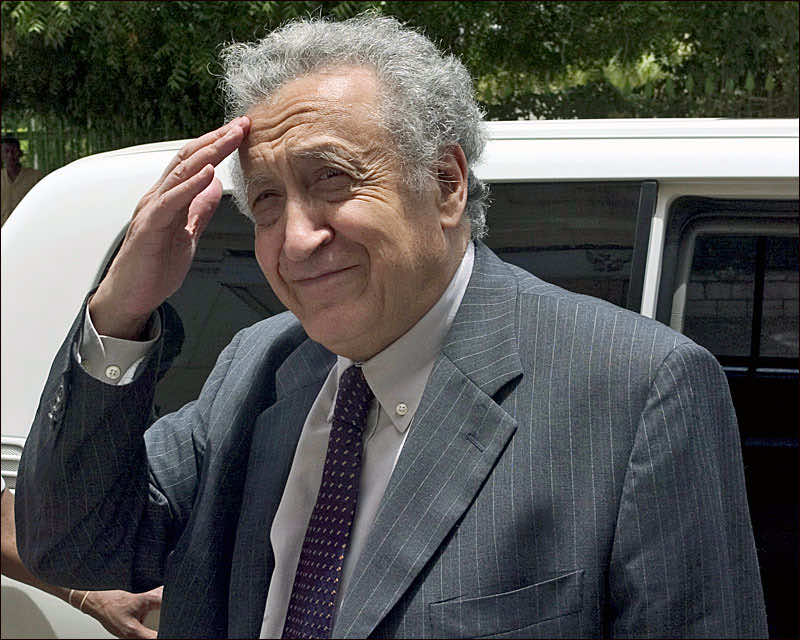 The continued closure of the Algerian-Moroccan border is a “great loss” to the Maghreb, former Algerian Foreign Minister Lakhdar Brahimi said last week. He appealed for re-opening the frontier, closed in 1994, insisting that there cannot be a united Maghreb without improved relations between the two nations.

“We hope our rulers will rectify the matter, because the Maghreb is Morocco and Algeria,” he said on September 28th at an Algiers forum on Arab revolutions.

The closure has reduced “Maghreb contribution to the changes happening in the Middle East”, he added. “The Middle East is in need of the Maghreb.”

“The question of the Algerian-Moroccan border embarrasses me every time I go to Morocco,” Brahimi said, stressing people’s desire for a “return to normalisation between the two ‘sisterly’ neighbours”.

Algeria and Morocco can enact reforms and peaceful changes without popular revolutions, the former diplomat argued.

A number of businessmen, intellectuals and politicians earlier called for re-opening the border.

“There are hundreds of thousands of Algerians and Moroccans wishing to visit their relatives in both countries, but the border closure deprives these families of making such visits in a regular fashion,” said international relations expert Othmane Redjimi.

Opening the border would be “in the interest of both peoples” due to “economic, political, historical and cultural considerations”, he added.

“There are common factors bringing the two brotherly peoples together, and more brings them together than divides them,” Redjimi said. “I acknowledge that there are some sensitive issues, such as the Western Sahara issue, however this file should in no way constitute an element of division between the two peoples so long as its resolution is left in the hands of the United Nations.”

The relations between the two nations have shown some signs of improving recently. Algerian President Abdelaziz Bouteflika in July called for mending ties with Morocco.

In a congratulatory message to King Mohammed VI on the twelfth anniversary of his accession to the throne, Bouteflika reiterated his desire to join efforts with the Moroccan sovereign in order to “construct bridges of brotherhood, co-operation and good neighbourliness”.

Three months before, the Algerian chief executive on his visit to Tlemcen called for intensified co-operation with Morocco, stressing that the problem of the Western Sahara is “a UN issue”.

In his turn, Mohammed VI in July called for launching “a new dynamic open to the settlement of outstanding issues as a prelude to a full normalisation of bilateral relations”, including “the re-opening of borders”.

Recently, the bilateral ties have been marked by an exchange of ministerial visits, culminating in the signing of co-operation accords in several areas, including energy and the farming sector. It was agreed to increase the quantity of Algerian gas to Morocco. In addition, the two sides inked a memorandum of understanding in the area of food security.

The re-opening of the border “will happen one day”, Algerian Prime Minister Ahmed Ouyahia said in May. “We need a climate of goodwill and mutual trust among neighbours,” he added.