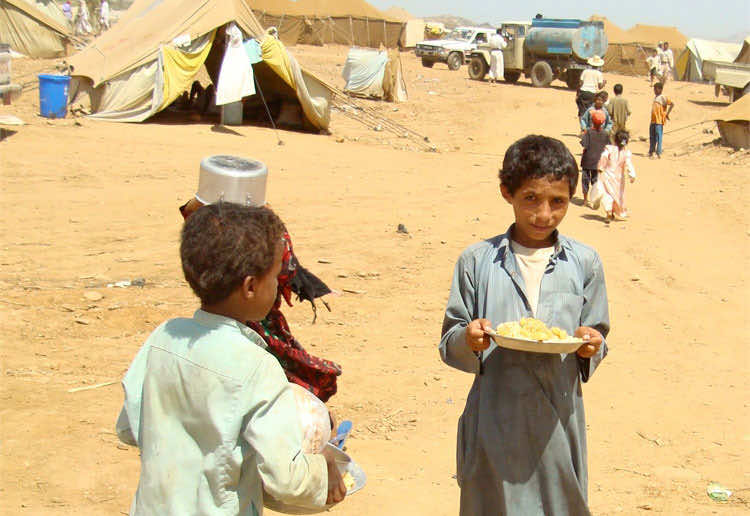 The head of the UN Children’s Fund (UNICEF)  today called for the urgent protection of children in Yemen who are being caught in the crossfire of the civil unrest that began earlier this year.“The children of Yemen should be busy going back to school at this time of year. Instead, they face armed men rather than teachers, bullets instead of books,” UNICEF’s Executive Director Anthony Lake said in a  statement.

“In this deepening humanitarian crisis, UNICEF calls for the urgent protection of women and children and a return to normal life so children can at least attend school in peace,” he added.

According to the agency, at least 94 children have been killed and 240 wounded by gunshots or shelling since the clashes between security forces and protesters seeking to oust President Ali Abdullah Saleh began earlier this year. At least two were killed just this week.

Mr. Lake urged all parties to do their utmost to spare civilians, especially women and children. “The crisis in Yemen has the biggest impact on the most vulnerable, children, many of whom need assistance now and require help in the longer term if they are to recover.”

Malnutrition rates were “alarmingly high” in the country even before the current violence broke out, he noted, and its impact on the poorest people has only been compounded by rising food prices and collapsing basic health services.

Of 3.6 million children under five years of age in Yemen, at least 43 per cent are underweight and 58 per cent are stunted.

“The deadly combination of widespread poverty and malnutrition, especially among children, is sweeping the country. Child malnutrition rates are already well above emergency levels in parts of the country and are as bad as malnutrition rates in some of the worst countries in the world, which receive more international media attention,” said Mr. Lake.

“The country is sinking deeper into a humanitarian crisis,” he added. “The people of Yemen need our attention and help now. There is not a moment to lose.”

The clashes in Yemen are part of a wider wave of popular uprisings in the Middle East and North Africa that has already toppled regimes in Tunisia, Egypt and Libya.

Secretary-General  Ban Ki-moon has called numerous times on the Government and opposition groups in Yemen to engage with his special adviser, Jamal Benomar, to peacefully resolve the ongoing crisis in the country.