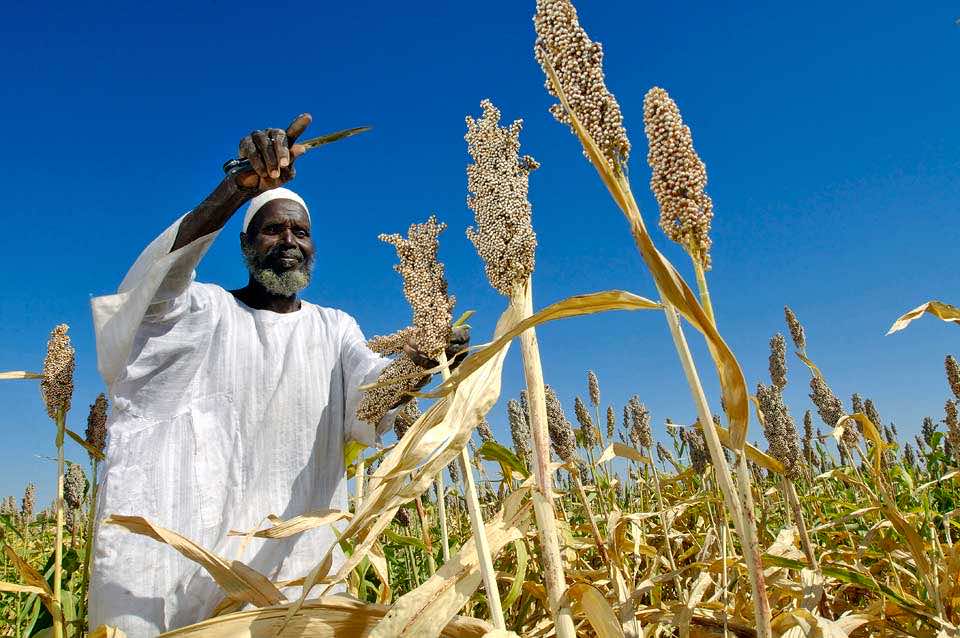 Despite improved prospects for world cereal production and falling prices, food security is likely to remain precarious in some regions in 2011-2012, with the slowdown in global economic recovery and increased risks of recession casting a shadow, the United Nations warned today.“Worsening economic conditions could result in higher unemployment and lower incomes for the vulnerable and needy in the developing countries,” the UN Food and Agriculture Organization (FAO) reported, forecasting total production at 2,310 million tons – 3 per cent or 68 million tons higher than in 2010-11 and 3 million tons more than its forecast last month, largely due to improved wheat and rice expectations.According to latest agency estimates, 32 countries are in need of external aid due to crop failures, conflict or insecurity, natural disasters, and high domestic food prices.The anticipated recovery in cereal production combined with lower than previously forecast demand, including for ethanol, are contributing to a decline in prices, FAO said in its quarterly Crop Prospects and Food Situation, noting that prices of all cereals except rice fell sharply last month, driven by large exports from the Black Sea region and prospects for weakening demand.

FAO’s monthly Food Price Index, also published today, fell 2 per cent in September compared to August, to 225 points, mostly on lower international prices of grains, sugar and oils, and now stands at 13 points below the peak of 238 reached in February, but still higher than its September 2010 value of 195.

Reviewing the situation at regional level, FAO noted that the humanitarian crisis in Eastern Africa, especially in famine-ravaged southern Somalia, continues to claim lives and decimate livestock, with the immediate outlook in drought-affected pastoralist areas remaining grim as the lean season progresses. Four million people are in crisis in Somalia, with 750,000 people at risk of death in the next few months if there is no adequate response.

But ongoing relief interventions should improve the situation later this year in Somalia, where tens of thousands of people, many of them women and children, have already starved to death.

In West Africa, several areas of the Sahel region have been affected by irregular rains during the 2011 cropping season and an early end to the rains will lead to significant drop in production and increased food insecurity, FAO said.

In East Asia, a record cereal harvest is anticipated, but severe monsoon floods in Bangladesh, the Democratic People’s Republic of Korea (DPRK), India, Laos, Pakistan, Thailand and the Philippines may dampen the final outcome. In particular, devastating floods in Sindh province in Pakistan have affected over 8 million people, destroyed 880,000 hectares of standing crops and killed large numbers of livestock.