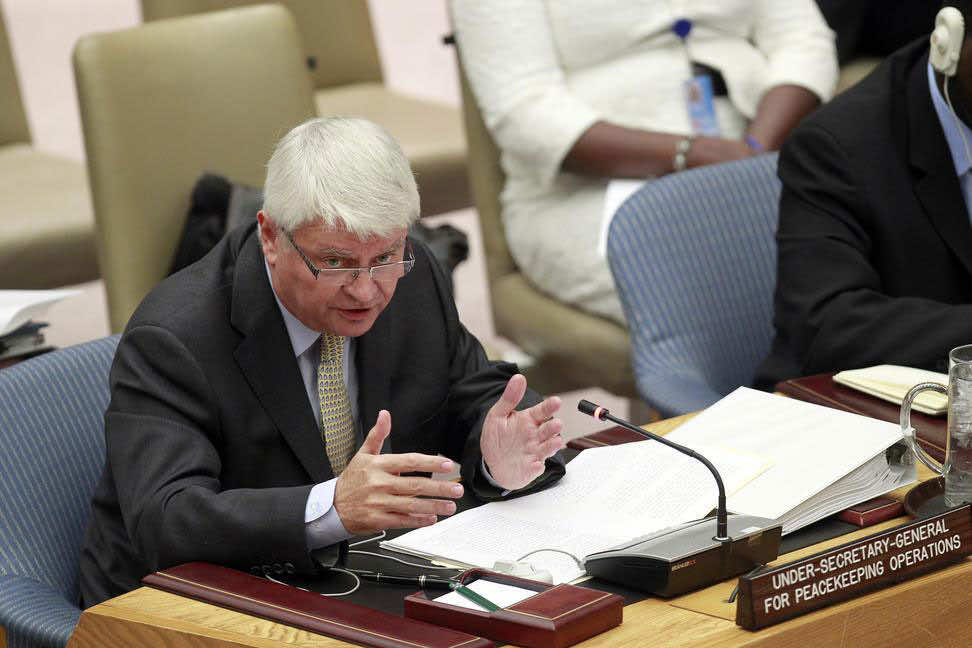 Neither Sudan nor South Sudan have fulfilled their pledges to withdraw their forces from the disputed Abyei area, threatening a “serious deterioration” in tensions between migrating herders and displaced farmers returning to plant their crops, the United Nations warned today.“The mission’s best efforts cannot compensate for the progress urgently needed on the political track,” UN Under-Secretary-General for Peacekeeping Operations Hervé Ladsous told the Security Council, referring to the UN Interim Security Force for Abyei (UNISFA), which was set up in June after violence broke out in the area, forcing some 110,000 people to flee.

“The parties must therefore redouble their commitments to withdraw their armed forces, establish the joint administration and allow recovery and reconciliation efforts in Abyei to begin,” he said of the town and surrounding area located within Sudan but contested by South Sudan, which seceded from Sudan in July.

A referendum on its status was to have been held last January, but never took place amid disagreement on voter eligibility and growing tensions between ethnic Misseriya pastoralist tribesmen and Ngok Dinka farmers over land rights.

“The withdrawal is essential to facilitate the return of the displaced, create conditions for a peaceful Misseriya migration and build confidence among the parties,” Mr. Ladsous stressed. “It could become a potential source of serious tensions in the Abyei Area if armed forces remain in place and the Ngok Dinka IDPs [internally displaced persons] are unable to return before the end of the planting season, which has already begun.”

Under a June agreement between Sudan and South Sudan before its official independence, all armed forces were to be withdrawn and UNISFA – with a mandated strength of 4,250 troops and police – was to provide the sole military presence in Abyei. The two sides later agreed to pull all their forces back by 30 September.

“Unfortunately, as of today, UNISFA has not observed significant progress on the withdrawal,” Mr. Ladsous said, urging the Council to engage the parties to fulfil their pledges “in order to prevent a serious deterioration of the situation in the coming months.”

He cited media reports quoting a Sudanese military spokesperson as stating that Sudanese troops will remain in Abyei until UNISFA is fully deployed, while South Sudan has accused Sudan of retaining its troops to prevent the return of the IDPs.

Recalling fighting in the area in May, he voiced particular concern that the upcoming seasonal migration would be more sensitive now and a test of the relationship between the two countries.

UNISFA currently has 1,780 troops on the ground and hopes to field a further 900 before the end of this month ahead of the latest Misseriya migration.

Turning to a proposal by Secretary-General  Ban Ki-moon to amend the mission’s mandate to allow it to support monitoring and implementation of the parties’ security commitments along their 2,100-kilometre border, Mr. Ladsous said UNISFA could achieve this within its existing mandated troop strength, but would require more air assets, including four utility helicopters and two specialized reconnaissance fixed-wing aircraft.