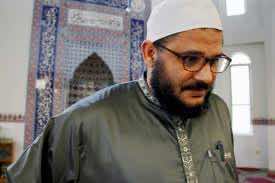 The New York Muslim community has reacted angrily to the reports that first appeared in an AP news story published on 5 October 2011 and revealed that the New York Police Department’s intelligence squad spied on NYC imams and mosques who has been considered partners in the local and federal authorities’ counter-terrorism efforts. One of those targeted, Sheikh Reda Shate, who was the imam of Masjid Musab bin Omair in Brooklyn at the time the alleged surveillance took place, has issued a press statement in reaction to the news.

Civil liberties groups filed a lawsuit in federal court asking the NYPD to turn over documents related to the surveillance and infiltration of Muslim communities. The claim that such practice violates previous orders prohibiting the NYPD from maintaining information on people not involved in crimes.

In his press release, Sheikh Shata, which is a leading figure in the Muslim community in New York and New Jersey, expressed shock and dismay that he had been targeted in prejudiced way, reiterated his repeated condemnation of terrorism, incitement and intolerance, as well as condemned Islamophobia and called for an end to all forms of racial and religious profiling and intolerance against Muslims in the United States.

The Sheikh reiterated his often-stated condemnation of terrorism, incitement and prejudice, and noted that he had long considered himself a partner with federal and local law enforcement authorities in the mutual efforts to maintain security and foster strong community relations in New York City.

The Imam considered such surveillance operations that are based on unfounded suspicion and religious profiling as prejudiced and unnecessary not to mention a mismanagement of dearly-needed counter-terrorism resources. At the same time, he expressed unwavering confidence that the rule of law in the U.S. is the ultimate guarantee against discriminating treatment of any of its citizens.

He underlined that cooperation with law enforcement agencies to facilitate their duties in service of the local community, is a religious obligations of his as a Muslim, and a duty as a United States citizen.

The statement also underscored that the reported extensive investigation and surveillance which had unfairly targeted Muslim Imams and Mosques in New York City had only served to prove that the Muslim American community is a patriotic component of this nation and that any attempts to imply that Muslims are more likely to support terrorism are completely unfounded.

Sheikh Shata, echoed this frequent condemnation by his fellow American Muslims of Islamophobia and their calls for an end to all forms of racial and religious profiling and prejudice against Muslims in the United States, and for the upholding of this country’s great values of religious freedom, equality and tolerance.