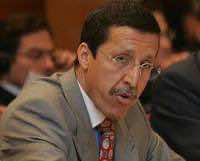 Addressing the 62nd session of the Executive Committee, Hilale urged countries providing humanitarian aid to put pressure on Algeria to lift its veto over the registration of the population held in the camps.

He noted that all host countries enabled the UNHCR to conduct a head-count and register the refugees except Algeria.

Algeria’s intransigence is maintained at a threefold cost, political, humanitarian and protection, said the Moroccan diplomat.

In terms of protection, the non-registration of the camps’ population deprives them from enjoying their right to free movement, expression and other rights enshrined in International law.

Non-registration serves polisario’s schemes in maintaining the population in a state of dependence, deprivation and vulnerability, Hilale deplored.

This situation provides an environment propitious for the continuation of the embezzlement of humanitarian aid by the polisario leaders who sell this international aid, which is supposed to reach the camps’ population, in Markets in Algeria and neighboring countries, noted the Ambassador.

The humanitarian aid embezzlement by the polisario separatists was proven in reports such as those elaborated by the European Commission’s OLAF, and UNHCR’s PAM in May 2005, Hilale recalled.

At the political level, non-registration stems from a political attitude aiming at perpetuating the conflict, maintaining tension in the Maghreb and obstructing regional integration, he said.