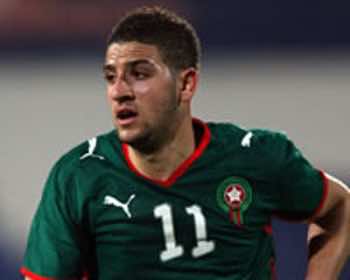 The Moroccan playmaker, who captained Neil Warnock’s side into the Premier League in May, walked out after being replaced midway through Sunday’s 6-0 defeat at Fulham.

Taarabt, 22, has now said he wants a move to a bigger club to boost his bank balance.

He has previously claimed interest from Manchester United and Real Madrid before urging Chelsea and Arsenal to make moves for him.

Taarabt, on international duty with Morocco, spoke out at the Atlas Lions’ training camp.

He insisted: “I want to leave QPR during the January transfer window. It is for financial reasons.”

Morocco coach Eric Gerets sprang a surprise by recalling Taarabt to face Tanzania at the weekend after the Marseille-born player snubbed a call-up in June.

Taarabt said: “It was a youthful mistake. However, I have no regrets about what I did.”