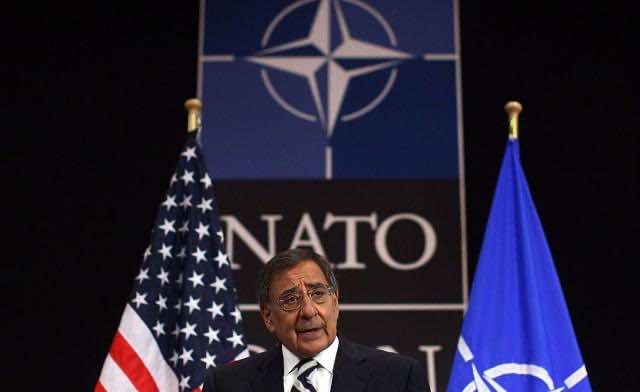 Panetta assailed people who have questioned the wisdom of the joint U.S.-NATO campaign against Libya’s Muammar Qaddafi, saying “the critics have really been proven wrong.”

“At the time this mission was embarked on, there were a lot of critics (who questioned) … whether it was the right mission at the right time, with the right force, whether NATO could do the job,” he said, AFP reported.

Completing an overseas trip, the defense secretary fiercely defended the Libyan operation as he got a new assessment from U.S. and NATO commanders on what steps are necessary to bring the mission to an end.

Panetta was addressing a group of international troops at a naval base in Sicily, where allies have launched thousands of air missions for the Libya operation.

“There were an awful lot of question about the mission overall,” Panetta noted, according to The Associated Press.

Among those critics were members of the U.S. Congress, a spate of global leaders and Panetta’s predecessor, Robert Gates, who left the Pentagon job at the end of June.

Over the past several days, Panetta and other NATO leaders reviewed the Libya mission, and many declared it a success as it supported the revolutionary forces in their successful campaign to oust Qaddafi.

And he said the allies agreed to continue the bombing mission in Libya as long as serious fighting and threats to the population continue.

Speaking to reporters at a meeting of NATO defense ministers in Brussels, Panetta said the officials agreed that ending the combat mission in Libya will depend on whether forces loyal to Qaddafi are still able to attack civilians and whether the opposition forces are able to provide security for the country as it moves to democracy.

He laid out four general areas that commanders will review as they assess the mission – such as the ongoing violence in Sirte and how much control Qaddafi appears to have over his loyalists, but did not specify what those situations must look like in order to end the NATO assault.

In fact, NATO’s top military commander, U.S. Navy Adm. James Stavridis, said there will be no designated set of conditions that will signal the end of the operation.

“We’re not trying to establish a discreet set of specific metrics in each case,” Stavridis said. “It’s rather a sense of the situation.”

Military commanders presented their views on the mission to Panetta during his stop in Naples, Italy. The people doing the briefings included Lt. Gen. Charles Bouchard, the commander of NATO’s Libya operation.

Panetta also was expected to get an assessment of how well the opposition forces are doing in Sirte, and how long it may be before commanders believe that the Libyans are secure enough that the combat mission can be ended.

NATO ministers meeting in Brussels on Thursday said the bombing campaign in Libya will continue until armed resistance to the new pro-Western regime ceases. But there are differing views among the members, as well as some of the commanders. U.S. Gen. Carter Ham, commander of U.S. Africa Command, said last week that he believes the combat mission has largely accomplished its goals and is near an end.

While Panetta spoke at the Sigonella base, fighter jets took off, as well as an armed Air Force Predator drone. Behind him was one of three sophisticated Global Hawk surveillance drones that have provided high-altitude eyes over the mission.

Earlier in the day, Panetta spoke to about 250 U.S. troops at the Navy base Naples, and answered their questions on an array of topics.

During the session, he made it clear the U.S. rejects efforts by the Iraqis to make troops subject to local prosecution if they remain in Iraq after the end of the year.

While he did not use the word “immunity” as he did on Friday at NATO when asked about the issue, he asserted that if the U.S. is going to have a large presence in a country, “I want to make damn sure that you are protected.”

Immunity has emerged at the most contentious issue as Baghdad and Washington seek to hammer out an agreement on whether to keep a small American training force in Iraq after this year’s troop drawdown.

Officials say less than 5,000 advisers would likely remain. Iraqis don’t want any foreigners to be exempt from local laws. But for the U.S., the lack of immunity is a deal-breaker.