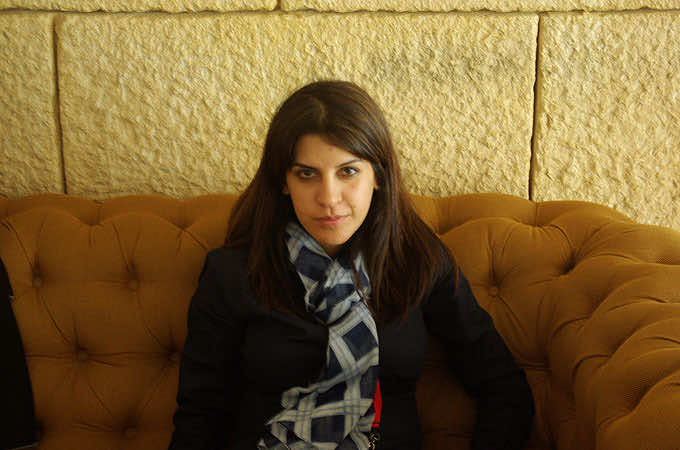 On eve of the awards, Al Jazeera interviewees young blogger who documented Tunisia’s uprising as it happened.

TUNIS, Tunisia – She might be one of Tunisia’s most prominent bloggers, but Lina Ben Mhenni’s ability to participate in the Third Arab Bloggers’ Meeting has been hindered by her fame after being favoured as one of the leading contenders for the Nobel Peace Prize.

While the nominees of what is one of the world’s most prestigious awards are traditionally kept secret, experts have included the 27-year-old in their lists of people believed to be at the top.

“It was a total surprise, a very nice surprise,” Ben Mhenni, who heard about the nomination on Twitter, told Al Jazeera in an interview on the eve of the announcement of the coveted prize.

Despite all the buzz, back in Tunis, as the four-day bloggers conference came to a close on Thursday, Ben Mhenni managed to slip in to join her fellow cyberscribes.

An attempt to participate in the meeting on Wednesday led to a media scrum, but she was able to attend the closing session, sitting crossed-legged on the floor at the back of the room.

On top of the media attention, news of the young woman’s possible nomination has aroused an outcry, particularly on social media, from Tunisians attacking her for the attention she is receiving from the outside world.

“As a Tunisian citizen, I demand that you prove to me when and how you defended the dignity of poor Tunisians or any other noble human value,” Habiba Mabrouki commented on Ben Mhenni’s Facebook page.

Here amongst other bloggers, however, Ben Mhenni still feels at home, she said.

“Other bloggers are not the ones criticising me,” she said.

“There’s still solidarity between us, even if we have all taken different paths since.”

The pressure was so much in recent days that her father, Sadok,confiscated her computer and her car key, she laughed.

“This is Lina’s dad stating that she is not able to reply to requests, and asking everyone to excuse us,” he wrote on her Facebook page and Twitter account on Wednesday.

She agrees that she is exhausted by the flurry of initiations to speak at conferences across the globe that have followed the Tunisian uprising (a recent blog entry was titled “Rest, rest, rest”).

On Friday, she is flying to France to promote her book at a literary fair. Tunisian Girl: A Blogger for an Arab Spring is a collection of entries from her trilingual blog– French, Arabic and English – “A Tunisian Girl”.

“Some people have emailed me to say that they really enjoyed my book, and some French teachers have contacted me to say they want to use it in their teaching,” she said.

Her writing was one of a handful of firsthand sources of the uprising coming from inside the country at a time when foreign journalists were banned from entering and the national media was a tool of the government.

In early January, she travelled to Sidi Bouzid, and was the only blogger in Regueb and Kasserine when the security forces massacred people there. Her accounts and photographs of the dead and injured ensured that other Tunisian activists and international media knew what was happening in the centre of the country during the most violent days of the uprising.

The blogger is one of the few Tunisian cyberactivists who blogged and tweeted under her real name while former President Zine El Abidine Ben Ali was still in power.