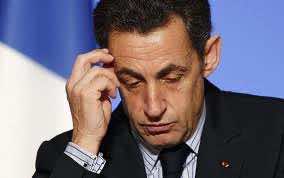 The state of Nicolas Sarkozy is worrying most of his loyal friends. While Sarkozy was swept up by financial scandals and the president’s men fell one after another, Nicolas Sarkozy seemed interested only in the pregnancy of his wife. “It looks like he is out of touch. For him only the progress of the pregnancy of Carla Bruni and the health of the world economy deserve his interest,” says a French journalist close to the UMP, the President’s political party.

Several observers have detected a kind of “depression” in Sarkozy. During his trip to Tangier on September 29, to launch the project of Moroccan TGV, the French president was less “impassioned” than usual. While in such circumstances, Sarkozy usually parades on the verge of arrogance, many found him a bit withered and dull. It is more than a change of posture decided by his communication advisers, said an expert of the President: “Nicolas Sarkozy has doubts about himself and his chances to win the next presidential elections”

Moreover, even those who accompanied him in his trip to Libya asked themselves the same question: will Sarkozy run for reelection? As of today, nothing has been decided. To his family, he says that nothing has changed, but the arrival of a child in the Sarkozy-Bruni home could radically change the situation. In what sense? This will depend on development in the case in Karachi, said one commentator acquainted with French politics.