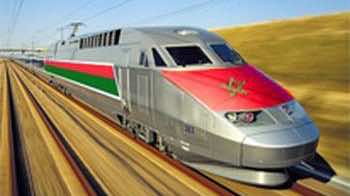 “In line with this growth in demand, the Moroccan government is investing heavily in both rolling stock and track,” OBG said in an update on Morocco.

“The largest investment project by far is the country’s planned high-speed rail line, which will run between the economic capital Casablanca and the major north-western port city of Tangier,” underscored the OBG.

This project, to be completed for an estimated cost of 20 billion dirhams, will halve the travel time between the two major cities to 2 hours and 10 minutes instead of 5 hours and 45 minutes, added the London based consultancy company.

“The authorities predict that 6m passengers will travel on the high-speed network annually,” the same source said.

Touching on other segments of Morocco’s rail system, OBG recalled that in March the African Development Bank finalised an agreement to lend Morocco €300m towards a planned Dh5.1bn (€453m) project to increase the capacity of the Marrakech-Tangier line as a whole.

This line accounted for 16m passengers in 2010, “just over half of all Moroccan rail traffic” noted the OBG.

” The capacity expansion project is part of a wider Dh12.8bn (€1.14bn) railway investment programme to be carried out between 2010 and 2015,” underscored the same source.