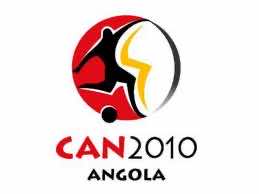 Nigeria, South Africa and Tunisia are all in danger of missing out on the 2012 African Cup of Nations heading into this weekend’s final round of qualifiers.

Even Ghana, the 2010 World Cup quarterfinalists and another four-time Cup of Nations winners, are not yet certain of making the trip to Gabon and Equatorial Guinea next year.

In the climax to a 13-month qualifying tournament, lowly football nations like Guinea, Niger, Malawi, Central African Republic and Cape Verde might squeeze out more of Africa’s heavyweights in the battle for the 10 remaining places at the African championship.

Niger, who lead South Africa in Group G, Central African Republic and Cape Verde could all qualify for their first major tournament after an unpredictable run of results where top teams—with the exception of Ivory Coast — have failed to dominate.

Botswana, who will make their Cup of Nations debut, Ivory Coast, Senegal and Burkina Faso have already sealed their places at the 16-team event alongside co-hosts Gabon and Equatorial Guinea. Seven more group winners, a second automatic qualifier in the five-team Group K and the two best second-placed teams will be decided in the last round of matches.

Three-time defending champions Egypt missed out after a disastrous record of five games without a win, while Cameroon’s hopes of clinching one of the spots for second-placed teams were ended by the Confederation of African Football’s ruling that results against a group’s bottom team will not count for second-place qualifiers.

Caf’s decision was because Group F was reduced to three teams after the withdrawal of Mauritania.

On Saturday, Nigeria’s Super Eagles host Group B leader Guinea in Abuja needing to win 1-0 or by two clear goals to close the three-point gap and edge out the Guineans as group winners on goal difference.

However, Nigeria will be without goalkeeper Vincent Enyeama and striker Victor Anichebe, who were dropped after criticizing travel arrangements ahead of the last qualifier. Chelsea’s Jon Obi Mikel was also fined $5 000 for arriving late for a training camp this week, giving Samson Siasia’s team an unsteady buildup to the must-win tie.

“Support is always key in games of this nature,” coach Siasia said, calling on fans to back his under-pressure team. “And we believe that Nigerians from everywhere will come to the stadium and cheer Super Eagles to victory.”

South Africa have to beat Sierra Leone at home and hope surprise leaders Niger doen’t win in Egypt, with Bafana Bafana relying on leading striker Katlego Mphela at the Mbombela Stadium in Nelspruit in the absence of injured captain and playmaker Steven Pienaar.

“We need to play attacking football like we always do when we are at home,” coach Pitso Mosimane said. “This is a win-at-all-costs encounter, we have to put our bodies on the line.”

But no matter what happens in South Africa, victory over a dispirited Egyptian team in Cairo will take Niger to their first Cup of Nations after 41 years of trying—and push South Africa into the complex permutations for the group runner-up slots.

Tunisia and Malawi are tied on points and chasing the second and final spot in Group K, with Tunisia hosting Togo and Malawi traveling to Chad.

In Group A, the tiny island country of Cape Verde, with a population of just 500 000, have a chance of qualifying ahead of Mali if they beat Zimbabwe at home and Mali slip up in Liberia—worrying enough for the Mali federation to cancel media conferences this week to keep their players focused.

Central African Republic, ranked No. 111 in the world, travel to Algeria on Sunday and will make their long-awaited Cup of Nations debut alongside Africa’s best teams if they better Morocco’s result at home to Tanzania on the same day.

Zambia host Libya in a straight shootout to win Group C. The Libyans have overcome the distractions of a civil war and being forced to play ‘home’ games in foreign countries to stay unbeaten and keep alive their chances of reaching their first continental showpiece since 2006.

Uganda, under Scottish coach Bobby Williamson, will play in the African Cup for the first time since 1978 if they beat Kenya, although Angola is just a point behind in Group J.

A draw in sweltering hot Khartoum against Sudan will be enough for Ghana to progress, with Black Stars defender Isaac Vorsah certain of his country’s qualification—even after Ghana was held 0-0 at home by Sudan.

“Sudan are a good team, but I think at the end of the day we’ll overcome them and knock them out,” Vorsah said, backing the 2010 losing finalist.

Senegal have already wrapped up Group E ahead of their trip to winless Mauritius, Cameroon beat Congo 3-2 on Friday.

Ivory Coast will be the only team to go through the qualifying competition with a perfect six wins from six games if they beat Burundi on Sunday in Group H.