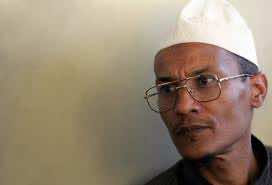 Just a few months before Algeria’s local and legislative elections, the place of Islamists in politics is emerging again as a major talking point. A group of activists, lawyers and MPs on Tuesday (October 4th) set up a committee, aimed at facilitating the return of politicians in exile.

“No Algerian should be excluded from the process of reform and change which the President of the Republic has launched,” their statement read.

While they appeal for the return of all political exiles, the main efforts are focused on Islamists.

Ex-member of El Islah and former FIS activist Adha Felahi is behind the initiative. Another notable signatory is lawyer Amar Khababa, who acted on a defence team in a number of cases involving Islamist militants. Former El Islah chairman and long-time Islamist Abdellah Djaballah also threw his weight behind the campaign.

The initiative came two weeks after the former leader of the dissolved Islamic Salvation Front (FIS) announced his intention to come back to Algeria. Anouar Haddam told Tout sur l’Algerie that he would return “despite the authorities’ refusal to respond” to his request submitted in 2006 where he asked “to benefit from the provisions of the Charter for Peace and National Reconciliation“.

“Every Algerian has the right to return to their country,” he said, adding that “peaceful and consensual political change” is inevitable.

Haddam was accused by the Algerian authorities of condoning a number of acts of violence during the Black Decade, including the 1993 attack at the central police station in Algiers, which claimed dozens of lives.

The campaign for the return of political exiles re-ignited the long-standing debate about the role of Islamists and former members of the banned FIS in the nation’s political future.

According to university lecturer Ihab Aissa, the Algerian government has already made its position clear. The council of ministers in early September issued a statement, which “includes some key provisions to prevent a repetition of the national tragedy”, according to Aissa.

“The Algerian government has accused the FIS of being the key element behind the national tragedy, which has resulted in its de facto exclusion from the reform process,” he added.

Bouguerra Soltani, chairman of the Movement for a Society of Peace (MSP), struck a different chord. While “the former leaders of the FIS cannot create political parties”, regular activists not involved in acts of terrorism should be free to form new parties or join the existing ones, he said.

For his part, Prime Minister Ahmed Ouyahia was uncompromising. “The Algerian law is clear,” he said on September 30th. “It does not provide for a return to politics by the leaders of the banned FIS, under any circumstances.”

The Islamist current in Algeria is represented by MSP, Ennahda and El Islah. The parties have been embroiled in leadership battles and internal divisions, earning the nickname “warring siblings”. Their inability to speak with a unified voice has undermined their support base among Algerians, many of whom think that Islamist movements have deviated from the ideals upon which they were founded.