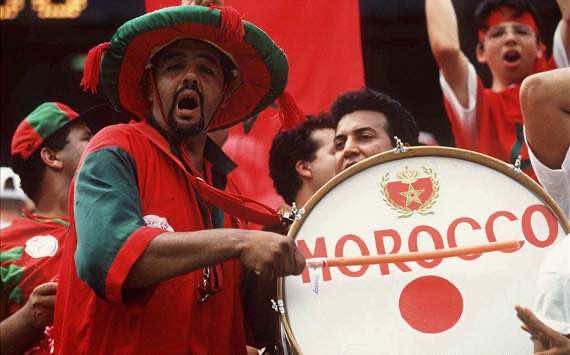 JOHANNESBURG  – Morocco and Sudan were confirmed on Sunday as the last two qualifiers for next year’s African Nations Cup finals as the 16-team field for the tournament in Equatorial Guinea and Gabon was completed.

Morocco made sure of top place in Group D with a 3-1 win over Tanzania in Marrakesh while Sudan qualified without kicking a ball.

They had been beaten 2-0 at home by Ghana on Saturday but had to wait until the completion of Sunday’s matches before being confirmed as one of the two best runners-up who qualify along with the 12 group winners.

Libya picked up the other runners-up berth on a dramatic Saturday when all but two places were finalised.

Morocco took a 21st-minute lead through Arsenal striker Marouane Chamakh before Adel Taarabt, who had been restored to the side after walking out on the team in mid-year, and Mbark Boussoufa scored in the second half to take the north Africans to 11 points.

They finished three points ahead of 2010 World Cup finalists Algeria and the Central African Republic.

Algeria beat the Central African Republic 2-0 in Algiers with first-half goals from Hassan Yebda and Foued Kadir but are among several heavyweights who miss out on next year’s finals.

Manchester City’s Toure brothers, Kolo and Yaya, scored the goals as the Ivory Coast finished with the only 100 percent record in the Nations Cup qualifiers.

Yaya Toure’s stoppage-time goal gave the Ivorians a modest 2-1 win over Burundi in Abidjan on Sunday to ensure six wins out of six in their group.

The Ivorians had already made sure of their qualification berth by the halfway mark of the campaign.

Kolo Toure opened the scoring in the 77th minute but Burundi equalised through Dugary Ndabashinze with five minutes left only to have a credible result snatched from them on the stroke of full time.

In the same group, Rwanda won their first game of the campaign with a surprise 1-0 away triumph in Benin. Meddy Kagere scored after just seven minutes.

In Sunday’s other match, qualified Senegal beat Mauritius 2-0 away with goals from Dame Ndoye and Papiss Demba Cisse.