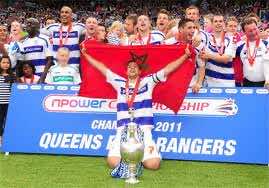 Rebel Adel Taarabt came good Sunday by scoring the goal that powered Morocco to a 3-1 victory over Tanzania in Marrakech, first place in Group D of the 2012 Africa Cup of Nations qualifiers and a ticket to the tournament.

He drilled a free kick into the net midway through the second half to put the ‘Atlas Lions’ ahead a second time and M’bark Boussoufa added a third in the final minute. Arsenal striker Marouane Chamakh opened the scoring and Aggrey Morris levelled before half-time.

Algeria were ahead within two minutes against Central Africa Republic in Blida and triumphed 2-0 in the other pool game, but both countries were eliminated with Sudan completing the line-up by filling the second slot reserved for the best runners-up.

Queens Park Rangers midfielder Taarabt stormed out of the Morocco camp four months ago after Belgian coach Eric Gerets told him he was among the substitutes for a North African showdown against the Algerian ‘Desert Foxes’.

The 22-year-old was later forgiven and once again named among the reserves only to start before a capacity 45,000 Marrakech crowd when Youssef Hadji pulled out just before the kick-off after being injured while warming up.

Hassan Yebda and Foued Kadir scored for Algeria, who join Cameroon, Nigeria and South Africa as 2010 World Cup qualifiers who failed to make the cut for the biennial showcase of African football.

Brothers Kolo and Yaya Toure from English Premier League big-spenders Manchester City scored as Ivory Coast snatched a 2-1 home win over Burundi to finish with the only perfect record in the qualifying competition.

Centre-back Kolo Toure put the ‘Elephants’ ahead on 70 minutes at Felix Houphouet-Boigny Stadium in Ivorian commercial capital Abidjan only for Dugary Ndabashinze to level for the ‘Swallows’ soon after.

Rwanda, whose Ghana-born coach Sellas Tettah quit last month after securing just one win from five qualifiers, climbed two places to second on the final table with a surprise 1-0 away win over Benin in Porto Novo courtesy of a sixth-minute Mere Kagere goal.

Group E table-toppers Senegal could not quite match the maximum 18-point haul of Ivory Coast, finishing with 16 after scoring a couple of early goals to triumph 2-0 in Mauritius and inflict a humiliating sixth loss on the trot for the Indian Ocean islanders.

Dame N’Doye scored from a free kick on nine minutes and after Mauritian Stephane Badul was red-carded for fouling the Denmark-based striker, Papiss Cisse of German club Freiburg added a second goal midway through the opening half.