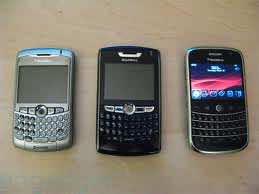 Millions of Blackberry owners across Europe, the Middle East and Africa have been left without services following a server crash.

Owners of the smartphones were unable to browse the web, send email or instant messages.

The problem appears to have originated in a datacentre in Slough which handles Blackberry services for the affected regions.

Blackberry UK said it knew about the problem and was “investigating”.

In a tweet sent around 14:42 BST, the company said: “Some users in EMEA are experiencing issues.”

A subsequent statement said Blackberry was: “working to resolve an issue currently impacting some Blackberry subscribers in Europe Middle East and Africa.”

It apologised for the inconvenience that the ongoing problem was causing its customers.

Earlier on 10 October mobile operators in the UK, Egypt, Kuwait, Qatar and other nations pointed the finger at Blackberry owner RIM when replying to tweets from customers complaining about the problems.

The first signs of trouble emerged about 11:00 BST but seemed to have escalated with tags about Blackberry and its BBM service trending on Twitter.

The only functioning service on Blackberry seemed to be text messaging, prompting many users to voice their frustration online.

In an early report, The Daily Telegraph quoted one Twitter user as suffering “serious Blackberry outrage”.

Others lamented the loss of the free BBM network saying they did not know what to do without it.