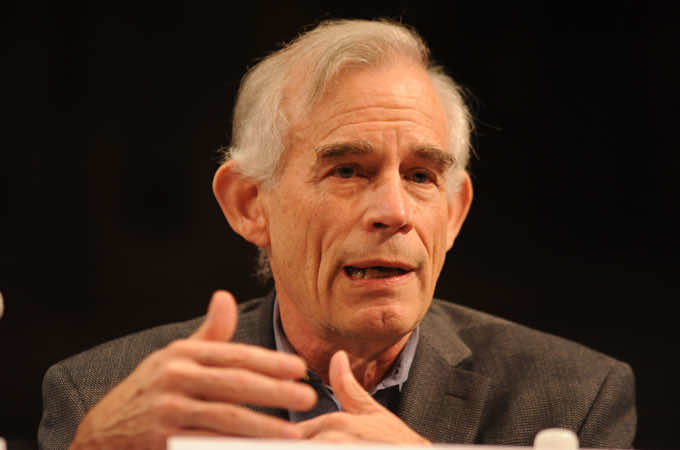 Christopher Sims and Thomas Sargent have no simple solutions to the global economic crisis, but the models that have won them the Nobel Prize in economics are guiding central bankers and policymakers as they search for answers.

The two American professors, both 68, were honoured on Monday for their research in the 1970s and 1980s on the cause-and-effect relationship between the economy and government policy.

Among their achievements, the two Nobel laureates – working as friendly rivals for the most part over the years – devised tools to analyse how changes in interest rates and taxes affect growth and inflation.

Their work does not provide prescriptions for policymakers to solve today’s crises. Rather, their achievement has been to create mathematical models that central bankers and other leaders can use to devise policy proposals.

“My view is that technical, careful, statistically based macroeconomics is our hope for getting out of our difficulties,” he said.

“The main contribution of this work is to provide a way to untangle the relationship between interest rates and inflation, so we can see what the effect of interest-rate policy changes are on the price level and inflation, and separate that from the reverse causality that makes central banks react to inflation by changing interest rates.”

Sargent and Sims have been friends since the 1960s, when both were Harvard graduate students.

They later taught at the same time at the University of Minnesota. This semester, they are teaching a graduate-level macroeconomics course together at Princeton.

Their awards extend Americans’ dominance in the Nobel economics category. Thirteen of the 15 most recent winners of the prize in economics have been Americans.

Robert Lucas, a University of Chicago economist who won the Nobel in 1995, said the work of Sargent and Sims is timely now that policymakers are debating whether to do something to stimulate the US economy.

In its citation, the Royal Swedish Academy of Sciences said Sargent showed how statistical models could help analyse how households and companies adjust their expectations as conditions and policies shift.

Using such models, for example, Sargent argued in 1981 that public expectations were crucial to combating high inflation. At the time, many economists assumed it would take many months, even years, of high interest rates to reduce inflation.

But Sargent argued that inflation could be tamed much faster if central banks acted decisively to dispel public expectations that prices would continue to rise rapidly.

That’s basically what happened shortly afterward: Paul Volcker, then the Federal Reserve chairman, shattered inflation expectations by raising rates sharply and quickly. Expectations of inflation, it turned out, were even more important than inflation itself in shaping economic behavior.

Economists are at a disadvantage compared with researchers in many other fields. They can’t experiment on economies the way scientists experiment with laboratory rats or chemicals.

“We’ve got to glean it from the information that’s out there,” said Art Rolnick, former director of research at the Federal Reserve Bank of Minneapolis.

Before Sims and Sargent, many economists had underestimated the complexity with which businesses and people respond to economic events and government actions. The two showed how hard it is to predict public responses to policy changes.

“People form their own ideas about what’s going to happen independently of what the economists say is going to happen,” David Warsh, an author who writes the blog Economic Principles, said.

Sims reached the surprising conclusion that interest-rate changes engineered by the Fed and other central banks typically have less effect on the economy than previously thought.

On the other hand, policies that involve taxes and spending tend to play a bigger role than many economists had assumed.

“They’ve really been giants in the field,” Rolnick said.

“The fundamental insights they had over the years radically affected the way we thought about policy at the Fed.”

Torsten Persson, a Nobel committee member, told the AP: “It is not an exaggeration to say that both Sargent’s and Sims’ methods are used daily … in all central banks that I know of in the developed world and at several finance departments too.”

Warsh said their work is helping policymakers who are trying to determine whether governments should be cutting deficits or spending more to help invigorate the global economy.

In a way, their message is sobering for policymakers and central bankers: Because people and businesses often don’t respond to policy changes predictably, “attempts to intervene in the economy are more complicated than we thought,” said Rolnick, now a senior fellow at the University of Minnesota’s Humphrey School of Public Affairs.

The economics prize capped this year’s Nobel announcements. The awards will be handed on December 10, the anniversary of prize founder Alfred Nobel’s death.

The economics prize is not among the original awards established in Nobel’s 1895 will but was created in 1968 by the Swedish central bank in his memory.

Asked how he would invest his half of $1.5m award, given the turbulence of today’s financial markets, Sims said: “First thing I’m going to do is keep it in cash for a while and think.”