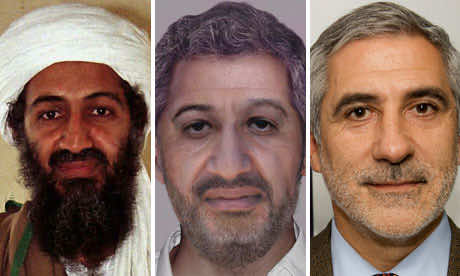 First the FBI used his face to represent Osama bin Laden on a “most wanted” poster. Then they doctored his image again to make him look like another senior al-Qaida leader.

Now the Spanish MP Gaspar Llamazares has had enough and says he plans to sue the FBI, after pointing out that both men ended up dead.

Llamazares said he was unhappy with the apologies he received after his face was used as the basis for a computerised mock-up of how Osama bin Laden might have looked several months before he was killed in Pakistan in May.

The deputy for the leftwing United Left party said his photograph was also used to create a “most wanted” poster for another senior al-Qaida leader, Atiyah Abd al-Rahman, who was killed in Pakistan in August.

“I’m going to sue the FBI because they have not made things right apart from offering a weak apology through clenched teeth,” he told Spain‘s Cadena SER radio station. “I’d like to remind you that the two people whose images were put together using parts of my face have since been assassinated,” he said.

Llamazares first complained about the use of his face as a model for an FBI Bin Laden photofit in January 2010. That brought a written apology from Christian Hassell, assistant director at the FBI’s laboratory division, who reportedly called the episode “unfortunate” and promised there had been nothing deliberate in the choice of Llamazares – whose party opposed the Iraq war – as the model for the picture. The mock-up of Bin Laden was also taken off the FBI website.

Bin Laden was eventually tracked down to the Pakistani town of Abbottabad and killed by US Navy Seals on 2 May.

Rahman was killed in a CIA predator drone attack in Waziristan on 22 August. The Libyan had been a Bin Laden lieutenant and had served as an al-Qaida link with supporters in Iran, Iraq and Algeria. By the time of his death he was reported to have become the group’s new second-in-command.