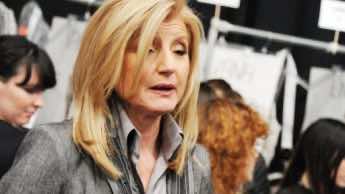 Le Huffington Post, a French version of the US online news and entertainment magazine, will be launched in November in cooperation with French daily Le Monde, founder and editor-in-chief Arianna Huffington announced on Monday.

The US news and opinion portal Huffington Post will next month launch a French-language edition, its first foray into non-anglophone Europe with plans for similar sites in Spain, Italy or Germany, its co-founder said Monday.

“We see this as our first foray into (the) euro zone,” Arianna Huffington, the president and editor-in-Chief of The Huffington Post Media Group, told AFP here.

She said that after months of discussions, she had reached a deal with Le Monde for the launch of a French edition of her portal, which will merge with site Le Post, an online subisidiary of the renowned French daily.

Like its highly successful US counterpart, the French version will offer a mix of news, opinion, entertainment, community and digital information, including blogs written by celebrities.

The focus will be not only on politics, but also on culture, media and lifestyle.

Launched in 2005 and bought by the US Internet company AOL for $315 million last February, the Huffington Post began expanding outside the United States with English-language editions in Canada in May and in Britain in July.

“When I launched the Huffington Post, I couldn’t have dreamed that today we would have 37 million unique visitors,” Greek-born Huffington said.

And she said she was “really excited” about the French launch and about “honouring everything that is French.”

“France has a very thriving social media culture, with some absolutely amazing bloggers, and also a great journalistic culture,” she added.

“So from the beginning we saw the Huffington Post as bringing together the best of traditional journalism with the best of new technologies and new media,” she added,

She described the partnership with Le Monde as “like a dream come true” and spoke of plans for expanding elsewhere.

“We are hoping to launch in Madrid. I am on my way to Madrid from here. I am also going to Milan, Istanbul,” she said. “Italy is less advanced, we haven’t begun conversations yet.

“If it is a different langage, I think it is much better to have a French partner, or a German partner, Spanish partner. Because the site needs to be truly, authentically French or German, or Spanish,” Huffington said.