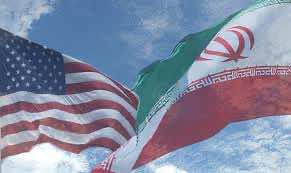 An aide to Iran’s President Mahmoud Ahmadinejad on Tuesday denied US allegations that the Islamic republic was involved in a plot to kill the Saudi envoy to Washington in a major terror attack.

“This is a prefabricated scenario to turn public attention away from domestic problems within the United States,” Ali Akbar Javanfekr, the president’s press adviser, told AFP.

“The US government and the CIA have a lot of experience in deviating public attention from domestic problems in the United States. We have to wait now to know the details of this prefabricated scenario to know the US government’s objectives,” he said.

Washington said it had busted a plot conceived at high levels of Iran’s revolutionary leadership to kill the Saudi ambassador, and vowed to hold Tehran to account.

The Justice Department charged two men with conspiring with factions of the Iranian government to carry out a deadly plot to blow up Ambassador Adel Al-Jubeir on American soil.

The criminal complaint named Manssor Arbabsiar, a 56-year-old naturalised US citizen holding both Iranian and US passports, and Gholam Shakuri, allegedly an Iran-based member of Iran’s Quds Force.

US Attorney General Eric Holder said the alleged plot was “conceived, sponsored and directed from Iran.”

Iran and the United States broke off diplomatic relations more than 30 years ago after US diplomats were taken hostage in Tehran by Islamic students.

Tensions have risen in recent years, notably over Tehran’s controversial nuclear activities, which the United States fears is being used to develop an atomic arsenal under the guise of a civilian energy programme.

Tehran has repeatedly denied that accusation.

The United States has imposed tough, unilateral sanctions on Iran on top of sanctions adopted by the UN Security Council.

Ties between Iran and Saudi Arabia have also deteriorated this year, principally because of Saudi military intervention in Bahrain to help that country’s Sunni regime put down pro-democracy protests by members of the Shiite majority. Iran’s population is also predominantly Shiite.