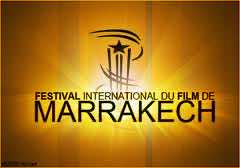 Serbian film director Emir Kusturica will be the next president of the Marrakesh International Film Festival, in the south of Morocco, organisers announced on Tuesday.

Kusturica, renowned for feature films such as “Underground” and “Arizona Dream,” his US debut, has also made documentaries, such as “Maradona” in 2008. He twice won the Palme d’Or at Cannes, for “When Father Was Away on Business” and “Underground.”

He will be taking over the chair at Marrakesh from American actor and film-maker John Malkovich.

In 2009, the Marrakesh Film Festival paid tribute to Kusturica, who will preside over its 11th edition on December 2 to 10. This year’s festival will render homage to Mexican cinema, organisers said.

The Gold Star, or main prize, of the 2010 edition of the festival was awarded to “The Journals of Musan” by South Korean director Park Jungbun.