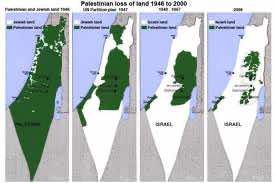 Khaled Meshaal, the leader of Hamas, said more than 1,000 Palestinian prisoners in Israeli prisons will be released in exchange for the captured Israeli soldier Gilad Shalit.

Hamas reached a deal with the Israeli government on Tuesday for the release 1,027 prisoners in exchange for Shalit, who was captured in 2006 and has since been held in the Gaza Strip, Meshaal said in a televised address.

“This is a national achievement that we should be proud of,” said Meshaal who was speaking from Damascus, the Syrian capital.

The list of those to be freed include 315 prisoners who have been sentenced to life – a result of the negotiators giving “priority to those who have spent over 20 years” in jail, he said.

“We were very keen for this deal to include prisoners from across different categories, from different age groups and from the West Bank and Gaza, from Jerusalem and the Golan [Heights],” he added.

Meshaal also stressed that this deal reflects the unity of the Palestinian people, and vowed to fight until “the day that all Palestinians imprisoned in Israel are freed”.

His address came soon after that of Binyamin Netanyahu, the Israeli prime minister, in which he said: “Our son will be home in the coming days.”

Negotiations were initiated in Cairo on Thursday under the mediation of Egyptian security and intelligence officials, and an agreement was signed earlier on Tuesday, Netanyahu said.

Later in a tweet, Netanyahu thanked “the Egyptian government and its security forces for their role in mediation and concluding the deal”.

Meshaal, the Hamas chief, extended his thanks to not only Egypt, but also to “all countries which have been involved: Qatar, Turkey, Syria and of course Germany”.

Hamas said tens of thousands of people were taking part in celebratory rallies, with hundreds of Palestinian prisoners expected to be released in exchange for Shalit.

“Crowds of tens of thousands are heading towards the Khulafa Mosque in Jabaliya camp at the beginning of the human floods of joy for the victory of the resistance and the completion of the prisoner exchange,” the group said in a statement.

Israel has made previous attempts to free Shalit through a prisoner swap with Hamas, but talks have bogged down over disagreements about who Israel might free, with both sides blaming one another.